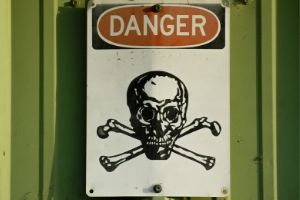 A compliance executive at broker-dealer Purshe Kaplan Sterling Investments (CRD# 35747) says she has been the subject of intimidation, including having her car tampered with and being followed, for speaking up about concerns she had regarding GPB Capital Holdings.

Silver Law Group represents investors in claims to recover GPB losses. If you invested in GPB Capital, contact Scott Silver for a no-cost consultation at ssilver@silverlaw.com or at (800) 975-4345.

Toni Caiazzo Neff says that when Purshe Kaplan Sterling asked her to research GPB’s private placement investments in 2016, she told her employer to not become involved with the company.

She says they didn’t take her advice. Caiazzo Neff is quoted in an InvestmentNews.com article:

“But over time, the lure of 8% commissions — or even higher — had the same effect at Purshe Kaplan that they did at scores other brokerage firms. When management later went around me and decided to sell GPB Capital against my recommendation, I reported the situation to Finra and was then fired.”

Caiazzo Neff, a former National Association of Securities Dealers (NASD) examiner, contacted the Securities and Exchange Commission (SEC) and FINRA after she was fired to tell them her concerns about GPB. Her apprehension had to do with the allegation that management at GPB Capital used investor money to benefit their personal business interests.

In October, 2019 GPB’s Chief Compliance Officer, Michael Cohn, was indicted on obstruction of justice charges related to the SEC’s investigation into GPB. The FBI alleges that Cohn, a former SEC examiner, accessed confidential information while at the SEC and told GPB about his inside information when discussing joining the company.

Caiazzo Neff says that after Cohn’s indictment, strange events occurred. She believes she was followed and that someone loosened the lug nuts on one of her car’s tires, which almost caused the wheel to fall off. A GPB spokeswoman said they are not connected with the events.

GPB is an alternative asset management firm that was founded in 2013 and raised $1.8 billion by having brokerage firms like Purshe Kaplan Sterling and SagePoint Financial sell private placements to investors. Though the private placement was illiquid, meaning it couldn’t be sold easily, investors were attracted to the high 8% dividend the placement paid.

Unfortunately, the dividend stopped in 2018 and GPB has become a nightmare for investors. In 2019, GPB disclosed that its biggest funds, GPB Holdings II and GPB Automotive Portfolio, declined in value by 25% and 39%, respectively. The company is accused by a former partner of being a Ponzi scheme and is the subject of multiple government investigations.

Recently, the Massachusetts Securities Commissioner filed allegations against GPB regarding the improper sale of GPB to Massachusetts residents including claims about failing to disclose material facts and other misconduct. As GPB has disclosed other investigations and multiple lawsuits have been filed against GPB, additional facts may still be disclosed.

Broker-dealers have an obligation to recommend suitable investments to their clients and do due diligence into the products they sell. FINRA-registered brokers and firms are subject to arbitration to resolve disputes.

Silver Law Group has filed arbitration claims against broker-dealers who sold GPB, including SagePoint Financial. If you invested in GPB Capital, you may have a claim to recover your money.