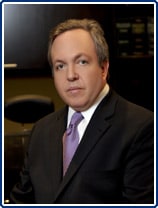 Scott has extensive experience in arbitration before the Financial Industry Regulatory Authority (FINRA), the National Futures Association (NFA), and the American Arbitration Association (AAA). He has recovered millions of dollars on behalf of aggrieved investors through arbitration and the courts. Scott has represented clients throughout the United States as well as in Europe, South America, Israel and elsewhere.

Scott is a frequent lecturer and author on securities and investment fraud matters, as well as a regular commentator in leading publications. Scott has been invited to lecture at law schools, industry conferences and investor rights groups. In addition, Scott frequently contributes to various publications and has authored numerous articles relating to investors and the arbitration process. Notably, Scott recently wrote a widely accepted primer on the SEC’s new Whistleblower program.

From 2013 through the present, Scott serves as the co-chairman of the Securities and Investment Fraud group of the American Association for Justice. The mission of the American Association for Justice is to promote a fair and effective justice system—and to support the work of attorneys in their efforts to ensure that any person who is injured by the misconduct or negligence of others can obtain justice in America’s courtrooms, even when taking on the most powerful interests. AAJ promotes justice and fairness for injured persons, safeguards victims' rights and strengthens the civil justice system through education and disclosure of information critical to public health and safety. AAJ was formerly known as the American Trial Lawyer’s Association (ATLA). Scott proudly dedicates substantial time to the organization which has bolstered investor rights and advocates for improving the FINRA arbitration system and access to the courts when possible.

Scott graduated from the University of Miami, School of Law in 1996. Soon after, Scott joined Gusrae Kaplan, a Wall Street law firm founded by a former Chief Attorney of the SEC’s Division of Enforcement, specializing in the defense of brokerage firms in FINRA, SEC, NYSE, and court matters. It is during his tenure at the law firm where Scott learned the strategies employed by brokerage firms to defend against investor claims.

In 2002, Scott relocated to South Florida where he brought his insight and understanding of the inner workings of Wall Street, becoming a named partner in a leading Plaintiff’s firm. In April 2011, the Silver Law Group was formed with a team of litigators, all with experience in the securities industry. Scott still maintains strong ties to New York and regularly represents investors in and around New York through the firm’s New York office.

Scott has served as trial counsel in several cases and arbitrations including a $7 million FINRA arbitration award against former UBS Financial Services, Inc.’s broker Gary Gross in 2009. Scott was awarded the 2009 Daily Business Review’s Most Effective Lawyer award for securities litigation for his work on the Gary Gross case. Scott is an AV rated attorney by Martindale-Hubbell. In 2010 and 2011, Scott was nominated for inclusion in Florida Trend magazine’s Legal Elite. In 2011, Scott became co-chair of the American Association for Justice (“AAJ”) Securities Litigation Group.

Scott routinely represents Ponzi scheme victims and others in bankruptcy or SEC receiverships. On multiple occasions, the Receiver has retained Scott to pursue claims on behalf of the receivership. Representations include:

In re: Certified, Inc., et al., Case No. 09-33115-BKC-RAM (U.S. Bankruptcy Court – Southern District of Florida) As counsel to the receiver, Scott Silver was instrumental in settling a large case against an international bank.

Scott Silver, managing partner of Silver Law Group, regularly speaks to legal and other groups about how to avoid being a victim of investment fraud and other topics. Please contact Scott's office at 954-755-4799 if you would like him to speak to your group.

Scott Silver Presents At 2019 PIABA Meeting On Variable Annuity Fraud
In October, 2019, Scott Silver delivered a presentation on variable annuity fraud at the 28th PIABA annual meeting in Austin, Texas. The speech dealt with how arbitration cases can be won to recover losses from unsuitable annuity and life insurance recommendations.
Read more

American Association of Justice (Chairman of the Securities Committee)

Contact Us
Practice Areas
Client Reviews
★★★★★
“My in-laws lost their retirement funds to a dishonest broker. Silver Law Group and Scott Silver aggressively pursued their losses until he got their money back.” Ben M.
★★★★★
“I foolishly gave my money to a con artist promising me a great return on my money. Scott Silver zealously handled the matter, recovering my losses.” Darren S.
★★★★★
“I almost lost a lifetime of earnings after trusting the wrong person. Silver Law Group guided me through the arbitration process and a mediation, always fully prepared and committed to my case.” Scott T.
View More
Submit a Law Firm Client Review