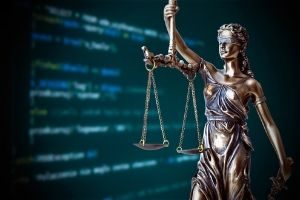 Silver Law Group has filed another FINRA arbitration claim against SagePoint Financial to recover losses for a client who invested $100,000 in GPB Capital on the advice of her broker.

Silver Law Group filed the first arbitration claim against SagePoint Financial to recover GPB investment losses, and continues to file claims on behalf of GPB investors with other brokerage firms. The SagePoint investor lives in California and is seeking the securities arbitration to be heard in Los Angeles, California.

The client in our most recent SagePoint case is a 75-year-old housewife living in Los Angeles. Her SagePoint broker recommended that she invest in GPB Capital Holdings, telling her that she could take her money out at any time. Her portfolio concentrated in GPB, which is generally considered to be illiquid.

Our client purchased $100,000 of GPB Holdings based on the understanding that SagePoint had conducted adequate due diligence into the investment. Under FINRA rules, SagePoint was required to do so. They were also in the best position and had the resources to determine the financial health of GPB.

Unfortunately, SagePoint allegedly did not conduct adequate due diligence. If they had, they would have discovered many serious issues with the company, including misstated financials.

Our claim alleges that SagePoint did not allow its brokers to sell GPB because it was a good investment, but because of the high fees and commissions (about 12%) it got from selling GPB’s products. Many brokerage firms now sell illiquid complex investments with high costs because commissions on stock trading have dropped dramatically.

FINRA Rule 2111 states that a member firm must “have a reasonable basis to believe, based on reasonable diligence, that the recommendation is suitable for at least some investors.”

GPB was not suitable for any investor.

GPB Capital Holdings is an alternative asset management company founded in 2013. It raised $1.5 billion by having brokerage firms sell private placements in its funds to everyday retail investors like our client. Investors were attracted to the 8% dividend the company paid. The investment has not worked out well.

GPB is now the subject of investigations by the SEC, FINRA, and New York’s Business Integrity Commission. Its offices were raided by the FBI, and it has been accused by a former partner of operating like a Ponzi scheme. The company stopped paying dividends and has written down the value of its two biggest funds.

Also, GPB is being sued in class action lawsuits, and its chief compliance officer and managing director has been criminally indicted on obstruction of justice charges.

Contrary to what she was told before buying, our client can’t sell her GPB investment even at its reduced valuation. As a private placement, it’s illiquid, so she must hold it and risk more declines in value.

The only good news is that, due to SagePoint’s misconduct, they are responsible for the losses they caused our client. They are also subject to arbitration to resolve securities-related disputes.  The FINRA arbitration process provides investors with a means for resolving disputes without the time and expense associated with the court system.

Scott Silver, managing partner of Silver Law Group, is the chairman of the Securities and Financial Fraud Group of the American Association of Justice and represents investors nationwide in securities investment fraud cases. If you have investment losses, contact Scott Silver of the Silver Law Group for a free consultation to discuss your options at ssilver@silverlaw.com or toll free at (800) 975-4345.