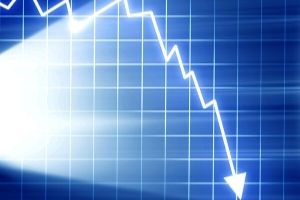 GPB Capital Holdings, LLC is accused by Massachusetts securities regulators of violating state laws by misleading investors about its finances. GPB is now the subject of an administrative enforcement action from the Massachusetts Secretary of the Commonwealth Securities Division.

The action against the troubled New York-based alternative asset management firm was announced on May 27, 2020 and comes after GPB took in more than $14 million from over 180 investors in the state.

GPB raised at least $1.3 billion by paying high commissions to broker-dealers such as Sagepoint Financial for selling private placements in GPB’s funds to investors who were promised high dividend payments in return for their investment.

The Massachusetts Securities Division’s complaint alleges that GPB misled investors about its finances when it wasn’t making enough money to pay dividends, and also concealed its self-dealing.

The enforcement action, in which GPB Capital is “Respondent”, concerns alleged violations of the Massachusetts Uniforn Securities Act (the Act) and Massachusetts code regulations (“the Regulations”) and, among other points, seeks an order:

GPB Capital was founded in 2013 by CPA and Scientologist David Gentile. The company stated that it would provide a return to investors by purchasing income-producing companies such as auto dealerships, waste management companies, and other businesses.

Though a private placement investment in GPB’s funds was illiquid, meaning that it could not be easily sold, investors were drawn to the high dividend they were promised. Unfortunately for investors, GPB stopped making dividend payments in 2018 and there have been a series of negative developments, including:

The enforcement action by Massachusetts Securities Regulators is just the latest bad news for GPB Capital and its investors. Due to the illiquid nature of GPB private placements, investors have no choice but to hold and risk further loss in value of their investment.

Contact Silver Law Group If You Invested In GPB Capital

Scott Silver, Silver Law Group’s managing partner, is the chairman of the Securities and Financial Fraud Group of the American Association of Justice and represents investors nationwide and internationally in securities investment fraud cases. If you have investment losses, contact Scott Silver for a no-cost consultation to discuss your options at ssilver@silverlaw.com or toll free at (800) 975-4345.