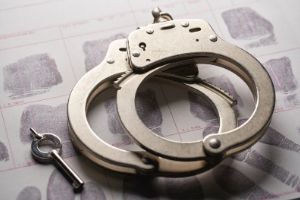 The Justice Department’s press release on the indictment states that Cohn previously worked in the SEC’s Enforcement Division as a Securities Compliance Examiner and Industry Specialist. In October 2018, Cohn left the SEC to join GPB.

During discussions about getting a job with GPB, Cohn allegedly accessed confidential information about an investigation into the firm and told them about his inside information.

William F. Sweeney Jr., Assistant Director-in-Charge of FBI New York Field Office said “When Cohn left the SEC to join GPB, he left with more than his own career ambitions. The proprietary information he allegedly retrieved—from databases he wasn’t authorized to access—included compromising information about a GPB investigation and sensitive details related to the same.”

Cohn pleaded not guilty to the charges. If convicted, he could face decades in prison.

GPB raised $1.5 billion by paying commissions to brokerage firms that sold private placements in their funds to investors. Though the private placement was illiquid, investors were lured in by the high monthly dividends they paid. Unfortunately, GPB stopped paying dividends in December 2018, and the bad news has kept coming.

The company is the subject of investigations by the FBI, SEC, FINRA, and New York’s Business Integrity Commission. They’re also being sued by one of their partners, who accuses them of operating like a Ponzi scheme.

In June 2019, GPB reported that the value of its two biggest investment funds, GPB Holdings II and GPB Automotive Portfolio, had declined by 25% and 39%, respectively. The company says its other five funds also have significant declines in value. Even at the reduced valuations, investors have no one to sell to and are forced to hold and risk further reductions in price.

Two investors have filed a class action lawsuit, which alleges that GPB breached its fiduciary by failing to give investors its annual audited financial statements.

Many brokerage firms are trying to distance themselves from the deal, claiming that investors should have known that the investment was speculative or high risk. Investors say that argument doesn’t make sense since GPB was promoted as paying a dividend, not an investment that could potentially produce a substantial return.

GPB now claims that many investors have already received a return of some of their principal because the dividends were not from the profits earned by GPB but a return of capital by the company after it took out commissions, fees, costs, and other expenses.

If you invested in GPB Capital, you may have a claim to recover your money. Broker-dealers have an obligation to recommend suitable investments to their clients and perform due diligence into the products they sell them. FINRA-registered brokers and firms are subject to arbitration to resolve securities-related disputes.