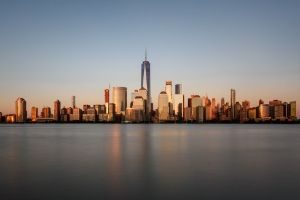 GPB Capital has been accused of being a Ponzi scheme, which is a type of fraud where new investor money is used to pay off old investors. Investors in a Ponzi scheme believe they are getting a return from the business they invested in, but they’re really getting another victim’s money.

Ponzi schemes are unsustainable because they require more and more new money to pay returns to investors. When new money can’t be found, the scheme collapses, and investors lose their money. Silver Law Group represents investors in securities arbitration claims against stockbrokers who sold GPB.

Let’s look at why GPB is accused of being a Ponzi scheme.

GPB Capital is an alternative asset management company that was founded in New York in 2015. The company’s stated strategy is to buy income-producing companies, such as auto dealerships and waste management companies, and manage them to maximize profits and pay a healthy return to investors.

GPB raised $1.8 billion by having regional brokerage firms sell private placements in its funds to retail “mom and pop” investors. Though an investment in GPB was illiquid, meaning it couldn’t be sold, investors were enticed by the 8% dividend it paid.

In 2018, GPB stopped paying a dividend. In 2019, the company’s offices were raided by the FBI, they announced that all their funds had declined significantly in value, and their chief compliance officer was criminally indicted on obstruction of justice charges.

The company is also the subject of class action lawsuits and is under investigation by the FBI, FINRA, The Securities and Exchange Commission, the State of Massachusetts, and New York City’s Business Integrity Commission.

So where do all of GPB’s problems come from?

A fundamental problem with GPB is that it charged such high fees that it was virtually impossible for them to earn enough of a return from running their businesses to pay investors anything.

A class action lawsuit filed on behalf of all investors in October, 2019 accused GPB of being a Ponzi scheme. The complaint states that GPB charged between 17% and 20% in fees. Up to 11% went to the brokers who sold the investment, and an additional 6% to 9% went to GPB and its affiliates. That means that only about 80% of an investor’s money was actually available to be invested.

Instead of disclosing that investing just 80% of capital would make earning any return unlikely, GPB offered an incredibly high 8% return. With 20% of an investor’s money gone off the top, GPB would need to generate an astronomical 35% return on the remaining money to pay an 8% return, which is not realistic.

The class action complaint alleges that the 8% return was designed to trick investors into believing it was coming from cash flow from GPB’s business operations when it was really just the investor’s own money or another investor’s. Every time an investor received a payout, the value of their investment was reduced by that amount, though their monthly statements from GPB did not state that.

If GPB investors were receiving back their own money, they were essentially giving away 20% of their money to pay themselves an allowance. If they were receiving other investor’s money, that’s characteristic of a Ponzi scheme.

The October, 2019 class action complaint also alleges that David Gentile, GPB’s founder and CEO, with other executives, owned two broker-dealers, Ascendant Capital and Axiom Capital Management, that were the first underwriters of the company’s private placements. These arrangements are described as improper self-dealing and were allegedly not disclosed.

“Stated simply, GPB was created for one purpose and one purpose only: to make GPB and Ascendant (GPB’s primary affiliate) and their respective principals, Gentile and Schneider, rich, while misleading investors into believing GPB was steadily earning an 8% return.”

And it’s not just investors accusing GPB of being a Ponzi scheme. David Rosenberg, the chief executive of Prime Automotive Group, which was sold to GPB in 2017, is suing the company and accusing them of running like a Ponzi scheme by using investor money to pay other investors. He also alleges that GPB tried to force him out after he complained about their behavior to the SEC.

GPB Capital has very serious issues, which don’t look like they’re going away any time soon. Whether GPB is classified as a Ponzi scheme or something else, investors still want to recover their losses.