Silver Law Group is investigating claims against brokers and financial advisors who committed misconduct in Boca Raton, Florida and the surrounding area.

Boca Raton is home to the main campus of Florida Atlantic University, also known as FAU. Additionally, major supplier of office products and services Office Depot has its global headquarters in Boca Raton.

END_OF_DOCUMENT_TOKEN_TO_BE_REPLACED 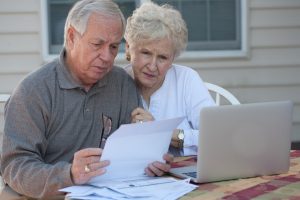 Silver Law Group is investigating claims against brokers and financial advisors who committed securities misconduct in Orlando, Florida and the surrounding area.

Orlando is located in Orange County, Florida and has a population of just under 2.5 million as of July 2015, the third-largest metropolitan area in Florida.

Orlando is also known as the “Theme Park Capital of the World,” featuring numerous high-profile theme parks such as Disney’s Magic Kingdom, Disney’s Epcot, Universal Studios, and Seaworld. In fact, the theme parks attracted over 66 million visitors to Orland in 2015 alone.

END_OF_DOCUMENT_TOKEN_TO_BE_REPLACED 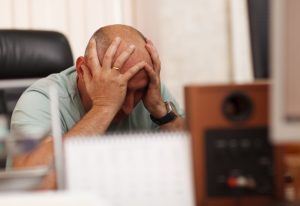 Silver Law Group is investigating claims against brokers and financial advisors who committed securities misconduct in Tampa, Florida and the surrounding area.

Tampa is located in Hillsborough County, Florida. It is located on the west coast of Florida on the Tampa Bay near the Gulf of Mexico. As of July 2015, Tampa’s population is estimated to be 369,075. Tampa is part of the Tampa Bay Metropolitan area, which consists of St. Petersburg and Clearwater.

END_OF_DOCUMENT_TOKEN_TO_BE_REPLACED

Educate yourself so you can protect yourself or your loved ones

While the health of your senior loved ones might be the main thing you focus on, there are other areas you can’t ignore, such as their finances. Just as you want to ensure that they are safe when driving, traveling, etc., you need to do the same for their money.

Unfortunately, older people are preyed upon all the time by scammers and con artists, and research shows that due to diminished capacity or simply higher levels of trust, they often make for easier targets. Here are some of the most common schemes to know about:

END_OF_DOCUMENT_TOKEN_TO_BE_REPLACED 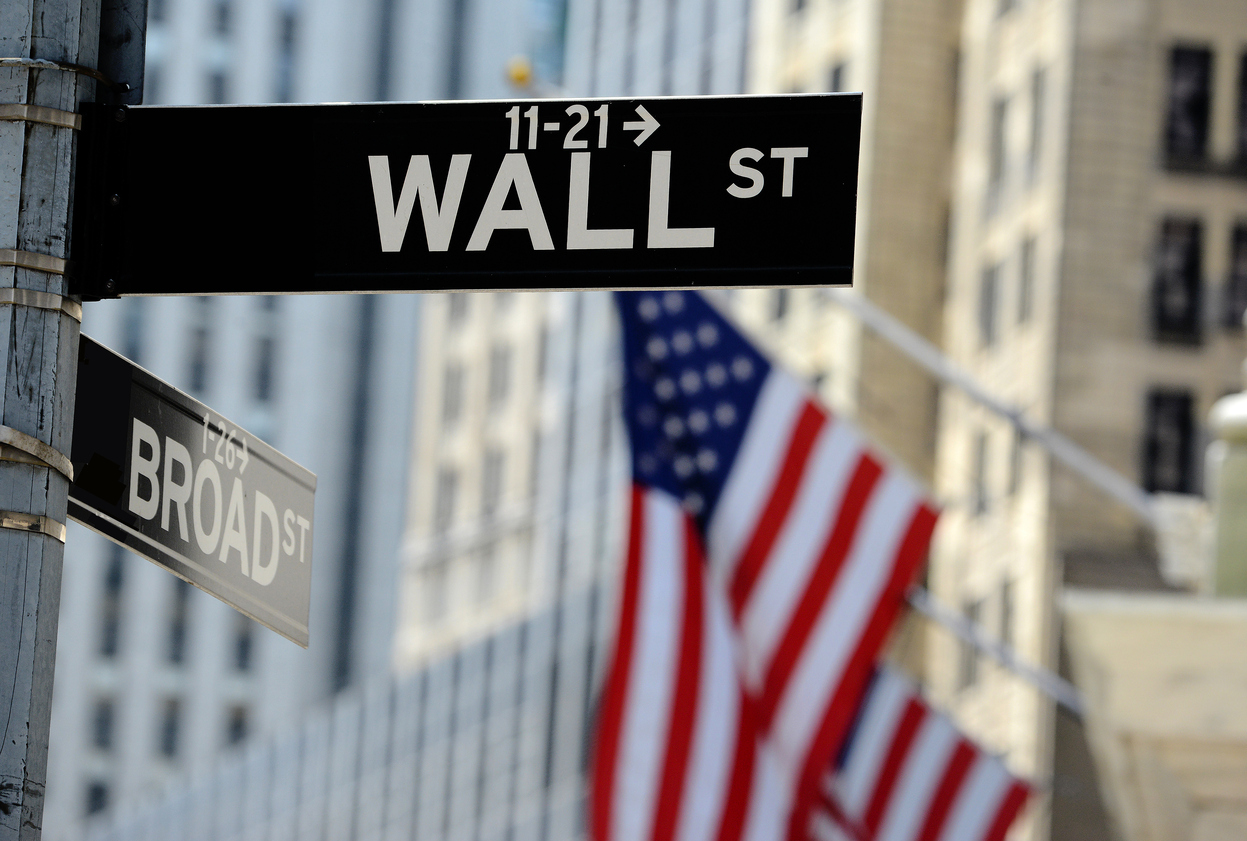 An estimated 7.3 million American seniors have been victimized by financial or investment fraud, and most experts believe that elder financial fraud is becoming more of an issue as the population ages. Each year, the SEC shuts down and investigates millions of dollars’ worth of investment scams aimed at seniors and other vulnerable groups. That means it’s never been more important to understand the signs of financial abuse, and a new guide published by the SEC’s Office of Investor Education and Advocacy helps seniors do just that. In a nutshell, here’s what it says:

Asking smart questions is key to keeping your portfolio safe

END_OF_DOCUMENT_TOKEN_TO_BE_REPLACED

The U.S. Securities and Exchange Commission (SEC) has charged Oregon-based Aequitas Management, LLC (“Aequitas”), and several of its executives with operating a $350 million investment scheme that defrauded investors in a last-ditch effort to raise funds to save Aequitas from a complete financial collapse. Aequitas, along with CEO Robert J. Jesenik, Executive Vice President Brian A. Oliver, and former CFO and COO N. Scott Gillis, were charged with multiple violations of federal securities laws in a Complaint filed in Oregon federal court.  The SEC is seeking injunctive relief, disgorgement of ill-gotten gains, prejudgment interest, and civil monetary penalties as well as bars prohibiting Jesenik, Oliver, and Gillis from serving as officers or directors of any public company.

According to the SEC’s Complaint, Aequitas and four of its corporate affiliates (Aequitas Holdings LLC, Aequitas Commercial Finance LLC, Aequitas Capital Management Inc., and Aequitas Investment Management LLC) defrauded more than 1,500 investors nationwide between January 2014 and January 2016 into believing they were making health care, education, and transportation-related investments. To the contrary, the Complaint alleges that invested funds were instead being used for other purposes, including to pay lucrative salaries and extravagant perks for Jesenik, Oliver, and Gillis; and to stave off the businesses’ impending financial collapse.  In mid-2014, Corinthian Colleges, a for-profit education provider, defaulted on its recourse obligations to Aequitas, which significantly increased Aequitas’ already dire cash flow problems.  Rather than disclose to its investors the rapidly deteriorating state of its finances, Aequitas purportedly hid that vital information and used investor funds to keep its enterprise afloat — even using some new investor funds to pay earlier investors in a classic Ponzi scheme fashion.  By November 2015, Aequitas’ operations reached a point of nearly total collapse; and in February 2016, the firm dismissed two-thirds of its employees and hired a Chief Restructuring Officer.

“We alleged that Aequitas had severe and persistent cash flow shortages and top executives knew they weren’t using money raised from investors like they said they would.  But they refused to disclose the true financial condition, continued to draw lucrative salaries, and roped even more unknowing investors into a losing venture,” said Jina L. Choi, Director of the SEC’s San Francisco Regional Office.

END_OF_DOCUMENT_TOKEN_TO_BE_REPLACED

Silver Law Group is investigating Bruce Kane, 60, formerly of Ithaca, New York and currently residing in Fort Lauderdale, FL; Burton Greenberg, 75, of Plantation, Florida; and Senol Taskin, 50, of Ontario, Canada for their alleged involvement in an investment scheme that defrauded investors out of $10 milion. All three men have been indicted by a federal grand jury in upstate New York on wire fraud charges. Kane and Greenberg were both arrested by the Federal Bureau of Investigation (FBI) in Florida earlier this week, while Taskin remains at-large and is believed to be living in Turkey.

According to the federal indictment, Kane — an accountant and the principal of a Florida-based investment partnership named Global Financial Fund 8 LLP — conspired with Greenberg — the President and CEO of both Transglobal Financial Services and M&P Global Financial Services Inc. — and Taskin to solicit investment funds that investors were told would be safely invested and held in American, Canadian, and Italian banks where they would generate significant profits as high as a 960 percent return on investment. Instead of investing the money in secure investments, the trio allegedly used the funds to pay off personal debts, pay rent on a waterfront condominium in South Florida, buy a boat, and make separate investments of their own. To avoid detection, Kane and Greenberg purportedly sent investors phony “profit” payments which were nothing more than partial returns of their principal investments. Additionally, Kane and Greenberg repeatedly assured investors by e-mail between 2004 and 2013 that their investments were secure and profitable, despite Kane and Greenberg allegedly knowing those assurances to be false. To assist in the conspiracy, Taskin purportedly provided Kane and Greenberg a phony Canadian bank statement to use at a meeting with investors so the investors would be lulled into believing their investments were secure when those funds had actually been transferred to a company co-owned by Taskin and used for his own personal or corporate purposes.

As set forth in court documents, Kane, Greenberg, and Taskin used over $6.1 milion of the funds for their own benefit — over $4.4 million of the money was diverted to bank accounts and companies controlled by Greenberg or his close relatives; approximately $1.6 million of the money went to Kane’s personal accounts and to pay for personal expenses of his such as credit cards, automobile and lease payments, and a boat and waterfront condominium he owned; and at least $240,000 of the victim investors’ funds were transferred to bank accounts in Turkey controlled by Taskin.

END_OF_DOCUMENT_TOKEN_TO_BE_REPLACED

According to recent SEC allegations, from approximately mid-2009 through at least July 2014, Jacob and Innovative Business Solutions, LLC (“IBS”), which Jacob owns and controls, engaged in a fraudulent scheme involving material misrepresentations and omissions and other deceptive devices and practices. Jacob engaged in this scheme in order to obtain and retain investment advisory clients and thereby collect advisory fees.

For at least five years, Jacob (alone and acting through IBS) routinely made false statements and omissions to current clients, prospective clients, and others, where he:

END_OF_DOCUMENT_TOKEN_TO_BE_REPLACED 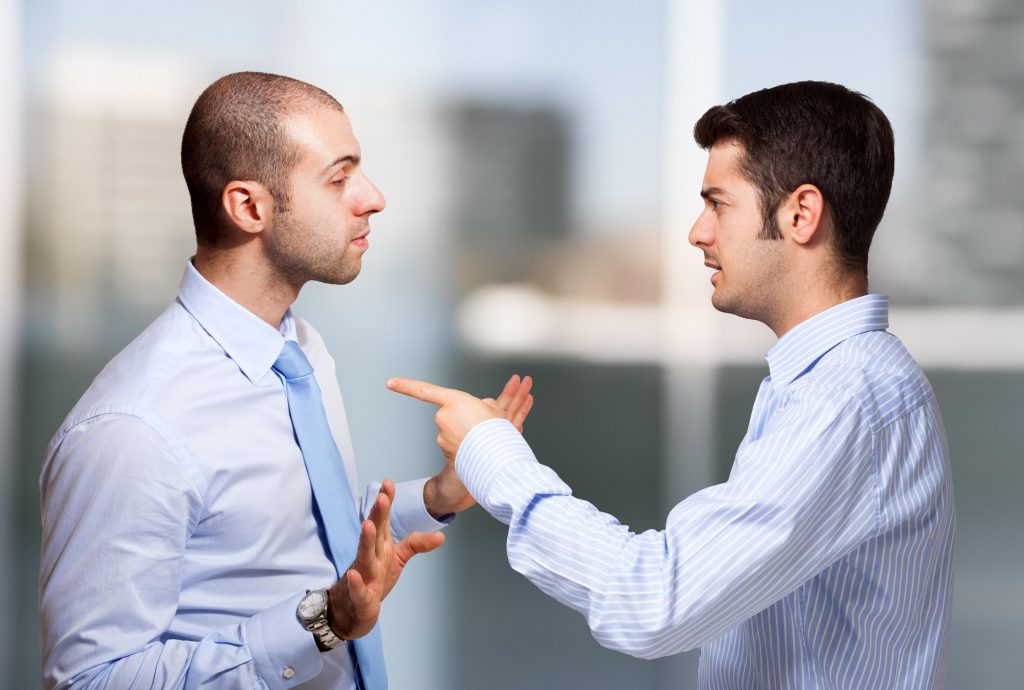 END_OF_DOCUMENT_TOKEN_TO_BE_REPLACED

A former UBS broker recently won a FINRA arbitration claim against UBS Financial Services for misleading him and his clients about the risks associated with structured notes tied to Lehman Brothers Holdings, which suffered significant losses in 2008.  Silver Law Group primarily represents investors in claims against UBS and other brokerage firms.  However, this award deserves attention because it highlights a fundamental flaw in Wall Street’s business model.  UBS created a system to use its sales force to sell millions of dollars in Lehman Brothers debt.  However, faced with undesirable evidence of Lehman’s financial problems, UBS knowingly chose to not inform its financial advisors or retail clients about the problems.  Put differently, this was a “top down” problem because the misconduct was by UBS senior management.  We are seeing the same set of facts in claims by investors against UBS in Puerto Rico, where UBS senior management served as the biggest supporters of proprietary UBS bond funds and UBS placed no restrictions on financial advisors or on the concentration levels in a customer’s portfolio.

The FINRA arbitration panel awarded $4 Million in compensatory damages, $1 Million in punitive damages and $335,000 in attorneys’ fees and costs, specifically finding UBS had “deliberately prevented the distribution of material information about Lehman Brothers sinking financial condition and continued to recommend the sale of Lehman Brothers [Notes] despite clear evidence of the company’s rapid decline.”  The panel also ordered that the 39 complaints filed against this broker be erased from his record.

The backdrop leading to this award is eerily similar to what is happening today at UBS in Puerto Rico (“UBS-PR”).  UBS-PR aggressively pushed the sale of closed-end bond funds (CEFs) involving Puerto Rican debt which were proprietary to UBS.  UBS allegedly misled the majority of its brokers and clients concerning the risks associated with CEFs.  UBS is also alleged to have withheld negative information about the CEFs from its brokers and its clients, thereby preventing a full understanding of Puerto Rico’s deteriorating economy and the effects that decline would have on the leveraged and illiquid CEFs.  Could it be that the majority of UBS-PR brokers who now find themselves facing numerous customer complaints were simply following the instructions given by UBS and doing what they were trained to do—sell UBS recommended products?