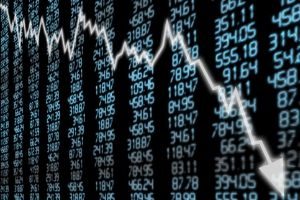 The future is uncertain for GPB Capital Holdings and its investors. As state and federal agencies investigate the troubled alternative asset management company, investors wait, unable to sell, wondering if the money they invested will evaporate.

It wasn’t supposed to be this way. Clients were told by their brokers that GPB had solid assets and that investing in the company was low-risk. Sure a private placement in GPB was illiquid, but it would provide a healthy income stream for years to come, and one day the company could go public and make them a healthy profit, they said.

The reality of owning GPB has turned out quite differently from what brokerage firms like SagePoint Financial, who sold it, said it would be promising that it was as suitable investment for retirees and others providing a consistent stream of income or dividends for investors.

In April 2018, GPB missed a filing deadline with the SEC. In December 2018 the company stopped paying distributions. In March 2019, the company’s offices were raided by the FBI. The SEC, FINRA, and New York’s Business Integrity Commission are also investigating the company.

There’s speculation that GPB could be a Ponzi scheme, paying investors from their own initial investment or from money from new investors.  In a recently filed complaint, GPB allegedly was creating fictitious records for years to bolster its numbers.

In June 2019, GPB Capital reported that the value of its two biggest investment funds, GPB Holdings II and GPB Automotive Portfolio, had declined by 25% and 39%, respectively. Those 2 funds raised $1.27 billion from investors, most of the $1.5 billion that independent broker-dealers sold to investors.

The company says its other five funds also have significant declines in value. But even at the reduced valuations, GPB investors have no willing buyers and are forced to hold and risk further reductions in price. Investors question whether there is any veracity of these valuations, what is the current valuation, and who would buy the GPB Funds at these valuations.

Lack Of Due Diligence By Brokers, Overconcentration In GPB Capital Holdings

So why would broker-dealers sell a risky private placement like GPB to investors seeking a conservative investment? In many cases, it is because of the commission they got for selling it. As much as 12% of the money an investor put into GPB went toward commissions for brokers and the brokerage firms they worked for. Motivated by money, brokers allegedly pushed the unsuitable GPB on clients without performing adequate due diligence into the company. In Many cases, investors were encouraged to make GPB a core part of their portfolio overconcentrating the investors portfolio in GPB.

If you own shares of a GPB fund, you don’t have to wait and see what the end result is going to be with GPB. You may have a claim to recover your money through FINRA arbitration. Broker-dealers have an obligation to recommend suitable investments to their clients and perform due diligence into the products they sell them. FINRA-registered brokers and firms are subject to arbitration to resolve securities-related disputes.