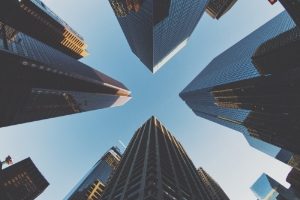 GPB Capital Holdings, the troubled alternative asset management firm that’s being investigated by the FBI, SEC, and others, and is accused of operating like a Ponzi scheme, allegedly has significant ties to the Church of Scientology.

Scientology is a system of religious beliefs and practices created by American science fiction writer L. Ron Hubbard in 1952. The religion has had many controversies over the years, including “Operation Snow White” in the 1970s, in which up to 5,000 agents infiltrated US government agencies to remove unfavorable evidence about Scientology and L. Ron Hubbard.

The Scientology Money Project refers to GPB Capital as a Scientology-owned company. An article on their website states: “An older listing found online shows GPB Capital to be a Scientology WISE Company. “WISE” is an acronym for “World Institute of Scientology Enterprises” and is a private membership group for Scientologist-owned businesses. It is unknown if GPB Capital is still a member of WISE or if Scientology course rooms exist within GPB facilities.”

The Scientology Money Project says it’s not known if GPB has financial links to the Church of Scientology, but names people working for the company who it says are known Scientologists, including:

Also, in July, 2018 GPB announced that it would invest in a 53-story condo in Tampa called Riverwalk, which belongs to Feldman Equities, a company owned by Scientologist Larry Feldman.

Owning GPB funds has not turned out the way investors had hoped. GPB missed an April, 2018 filing deadline, saying it needed time to restate its 2015 and 2016 financials for its two biggest funds, GPB Automotive Portfolio and GPB Holdings II.

In November, 2018, GPB’s outside auditing firm, Crowe LLP, resigned because its risks were “outside of their financial risk tolerance parameters.” In December, 2018, GPB stopped paying investors dividends.

In 2019, the news went from bad to worse. The FBI raided GPB’s offices and class action lawsuits were filed. The company is the subject of investigations by FINRA, the SEC, and New York’s Business Integrity Commission.

In June, GPB reported that the value of its two biggest investment funds, GPB Holdings II and GPB Automotive Portfolio, had declined by 25% and 39%, respectively.

In October, 2019, GPB’s Chief Compliance Officer and Managing Director, Michael S. Cohn, was indicted on charges of obstruction of justice and unauthorized disclosure of confidential information. Cohn, a former SEC investigator, is accused of giving GPB inside information about a law enforcement investigation into the company.

Investors now know that their investment in GPB private placements was doomed from the start. With the 8% commission GPB paid to brokers who sold their funds, plus the fees GPB paid itself, it was virtually-impossible for the company to make enough of a return to continue to pay them the dividends they were promised or even to maintain value.

The Scientology Money Project notes that “GPB sure looks like it has a lot in common with Scientology itself: excessive secrecy, a lack of financial transparency, and one-sided contracts in which GPB has all the power and the investors have virtually no power and no say in how their money is spent.”

If you were sold an investment in GPB Capital you may be able to recover losses through FINRA arbitration. Broker-dealers must recommend suitable investments to their clients and perform due diligence into the products they sell. FINRA-registered brokers and broker-dealers are subject to arbitration to resolve securities-related disputes.

Silver Law Group has filed arbitration claims against broker-dealers who sold GPB, including SagePoint Financial and others.

Silver Law Group represents the interests of investors who have been the victims of investment fraud or unsuitable recommendations from their brokers. Scott Silver is the chairman of the Securities and Financial Fraud Group of the American Association of Justice and represents investors around the nation in securities investment fraud cases. Please contact Scott Silver of the Silver Law Group for a free consultation at ssilver@silverlaw.com or toll free at (800) 975-4345.