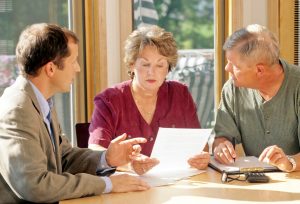 According to the FINRA BrokerCheck, there have been complaints against Marc Korsch.

In 2018, while employed by Centaurus Financial, Inc., Claimant alleges that recommendation of annuity switches are unsuitable and that the fees, surrender penalties/charges and annuity terms were not adequately discussed.

END_OF_DOCUMENT_TOKEN_TO_BE_REPLACED

Of all the guarantees, bells and whistles associated with variable annuities, perhaps the biggest guarantee is the steep up-front commission the financial advisor can earn for selling the product.

According to a recent Reuters’ article, variable annuity sales in the U.S. totaled $142.8 billion last year, and brokers can earn 7 percent or more in commissions on the insurance products.  Based on simple arithmetic, the commissions earned on an annual basis exceeds a billion dollars.

However, investors may be damaged when these complex products are not properly explained, tax or liquidity factors are not considered, or the advisor engages in “twisting” of improper annuity switching.  “Twisting” happens when a broker encourages a client to trade in an older annuity to buy a different one, often at significant cost to the client and benefit to the broker.

END_OF_DOCUMENT_TOKEN_TO_BE_REPLACED

Be prepared, the Securities Exchange Commission (SEC) warns investors, “to ask your insurance agent, broker, financial planner, or other financial professional lots of questions about whether a variable annuity is right for you.“ Investor education is the key to making informed investment decisions, but what questions should be asked? Investors must rely on their advisors because the variable annuity prospectus, frequently 100-plus pages, or more, is convoluted and not easily understood by the Average investor. The SEC recently issued an Investor Tip: Variable Annuities, What You Should Know publication to provide direction for investors.

Variable annuity contracts are considered by many investors complex which leads to their reliance upon the financial advisor who recommends the investment. The terms of the contract which investors should be familiar include: