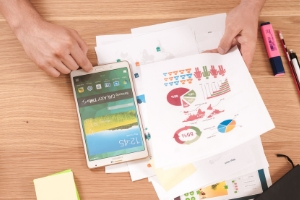 Kalos Capital, Inc. (CRD #44337) is a registered broker-dealer based in Alpharetta, Georgia that is registered in all 50 states and Washington, D.C. Kalos has approximately 150 financial advisors and 60 independent offices. Kalos Capital has been registered with the SEC since 1998 and sells a variety of securities and alternative investments. Kalos was founded by Daniel and Carol Wildermuth, who are its CEO and CFO, respectively.

The firm consented to the entry of findings and sanctions of $45,000 monetary penalty without admitting or denying the findings.

In September, 2019, regulators alleged that Kalos violated NASD and FINRA rules because “The firm failed to establish, maintain and enforce a supervisory system, including written supervisory procedures (WSPS), reasonably designed to ensure compliance applicable securities laws and regulations and NASD and FINRA rules, in relation to the sale of Leveraged and Inverse Exchange Traded Funds (LIEFTFs) by its registered representatives…Additionally, the firm failed to reasonably supervise a registered representative…by failing to ensure that he had a reasonable basis to recommend LIEFTFS.”

Kalos was censured and fined $30,000 and paid $86,614 in restitution to customers without admitting or denying the findings.

Leveraged and Inverse Exchange Traded Funds (ETFs) carry significant risk and are not suitable for all investors.

GPB Capital Holdings is a New York-based alternative asset management firm that used dozens of broker dealers, including Kalos, to raise money by selling private placements to investors. Kalos is currently the subject of several investor securities arbitration claims alleging that Kalos failed to conduct reasonable due diligence before selling GPB to its investors. Founded in 2013 by Scientologist David Gentile, GPB has raised $1.8 billion, which it used to invest in a waste management company, auto dealerships, and other companies.

Private placements like GPB are not registered with the SEC, and are at greater risk of fraud due to weaker disclosure requirements than SEC-registered securities. They are also illiquid, meaning they are hard to sell. Because of their risk and lack of liquidity, private placements are only suitable for certain investors.

Investors were enticed by GPB’s high 8% dividend payment. But GPB stopped paying a dividend in 2018 and things have only gotten worse for the company and investors since then.

The company is accused of being a Ponzi scheme, and is the subject of a class action lawsuit and investigation by the SEC. Its offices were raided by the FBI, and its Chief Compliance Officer was criminally charged with obstruction of justice.

In June, 2019, GPB announced that its biggest finds, GPB Holdings II and GPB Automotive, had declined by 25% and 39%, respectively. Because a GPB private placement is illiquid, investors can’t sell it.

The broker-dealers who sold GPB, such as Kalos, can be held responsible for investor’s losses because they have an obligation to perform due diligence into the products they sell and to have a reasonable basis for recommending products to their customers based on an understanding of their risk tolerance.

Silver Law Group has filed FINRA arbitration claims against broker-dealers, including Kalos seeking to recover GPB losses for investors. Several investors allege that Kalos failed to conduct reasonable due diligence into GPB and, in many cases, investors allege that their accounts were overconcentrated in illiquid private placements.

Weschke recommended that our client put more than 25% of his portfolio in GPB private placements.

Our statement of claim notes that our client depended on Kalos (Respondent) and Weschke because they were “in the best position and with the most resources to ascertain the financial viability of GPB. Further, Respondent was paid a commission to determine whether or not GPB and its manager were credible, legitimate, and suitable entities. Had Respondent conducted adequate due diligence on GPB, it would have discovered significant issues concerning the assets purportedly owned and managed and that there were serious misstatements of financials and other reports…”

According to the Wildermuth Endowment Fund’s website, the fund “seeks to increase total portfolio return while managing an acceptable level of risk through diversifying into performance-oriented assets other than U.S. stocks and bonds.” The fund’s adviser is “Wildermuth Advisory,” managed by Daniel Wildermuth, co-founder and CEO of Kalos, and has more than $150 million in assets under management and has rapidly expanded over the past several years.

This may create a significant conflict of interest, as it means that as Kalos Capital sells more investments in the Wildermuth Fund to customers, Kalos Capital and Daniel Wildermuth financially benefit. This may motivate financial advisors to recommend investing in the Wildermuth Fund instead of in an independent alternative investment that is in the best interests of the customer and that better suits their investment objectives. Silver Law Group is investigating whether this conflict of interest may constitute a breach of fiduciary duty to its customers and an unsuitable investment recommendation.

Silver Law Group is a nationally-recognized securities and investment fraud law firm that represents the interests of investors in securities arbitration matters on a contingency basis. Scott Silver is the chairman of the Securities and Financial Fraud Group of the American Association of Justice and represents investors nationwide.

According to securities industry rules and regulations, breach of fiduciary duty, unsuitable investment advice, variable annuity switching, securities concentration, fraudulent misrepresentations and omissions of material facts, and conflicts of interest, are among the causes of action that may be available to investors in securities arbitration claims against brokerage firms with the Financial Industry Regulatory Authority (FINRA).

If you have investment losses with Kalos Capital and want to learn more, contact Scott Silver of the Silver Law Group for a no-cost consultation at ssilver@silverlaw.com or toll free at (800) 975-4345.