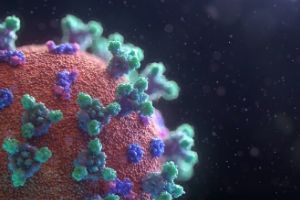 The investigation regards whether Aytu and its officers and directors have violated the federal securities laws.

On March 10, 2020, Aytu BioSciences, a Colorado-based publicly-traded specialty pharmaceutical company, announced that it had reached a license agreement for the exclusive distribution of a Chinese-made test for COVID-19 antibodies in the U.S. The license agreement was for three years, with automatic renewals after that, according to Aytu.

Aytu stated that the test was performed at the point-of-care, such as a doctor’s office, and involved a small drop of blood placed onto a disposable testing device that detected antibodies for COVID-19. Results were to be given within 2-10 minutes. Other coronavirus tests could take days to return results.

The tests were allowed to be shipped to the U.S. following the FDA’s recently-relaxed guidelines for tests. The day the NBC News article came out, Aytu’s stock closed down 8%.

In October, 2016, Aytu BioSciences announced the public offering of 5,735,000 shares of common stock, expected to net the company about $8 million. The lead manager for the offering was Fordham Financial Management, with Joseph Gunnar & Co. and Felt and Company acting as joint book-running managers.

In October, 2018, the company announced an underwritten public offering of 8,342,993 shares of its stock expected to raise $13.2 million. Ladenburg Thalmann & Co. was book-running manager for the offering, with Northland Capital Markets as co-manager.

If you suffered losses with Aytu BioSciences, we’d like to hear from you. Contact us to discuss your options to recover losses.

Scott Silver, Silver Law Group’s managing partner, is the chairman of the Securities and Financial Fraud Group of the American Association of Justice. Contact Scott Silver for a no-cost consultation at ssilver@silverlaw.com or toll free at (800) 975-4345.