Based on FINRA’s BrokerCheck report on Peterson, a complaint was filed on September 1, 2017 alleging that Peterson provided misleading information to investor clients during his employment at Morgan Stanley Smith Barney. In 2016, Peterson and his colleague James S. Polese were both charged with allegations relating to stealing upwards of $450,000 from one of their elderly clients. The allegations include misappropriating at least $350,000 of client’s funds by using $100,000 of the funds to make investments in their own names and directing the remaining $250,000 to their own personal bank accounts. In addition, several unauthorized withdrawals from the client’s account were made that totaled $93,000. Thus far, Peterson has a permanent suspension and the current charge is still pending.

Peterson was previously employed at Morgan Stanley Smith Barney from 2011 to 2017 and St. Lawrence University from 2007 to 2011.

END_OF_DOCUMENT_TOKEN_TO_BE_REPLACED 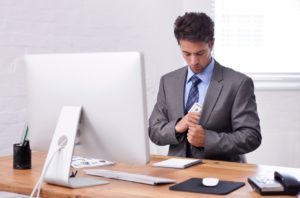 Silver Law Group is currently investigating Boston, MA and New York, NY based broker James S. Polese regarding complaints pertaining to failure to provide due diligence to investor clients, misrepresentation regarding client fees and security of investments, and misappropriation of client funds.

Based on FINRA’s BrokerCheck report on Polese, a complaint was filed on January 31, 2018 alleging that Polese provided misleading information to investor clients during his employment at Morgan Stanley Smith Barney. In 2016, Polese and his colleague Cornelius Peterson stole nearly $450,000 from one elderly client by misappropriating $350,000 of the client’s funds and using $100,000 of those funds to make investments in his own name and then directly taking the remaining $250,000 to his own personal bank account. In addition, Polese withdrew in excess of $93,000 of unauthorized withdrawals from the client’s account to pay his credit card expenses and children’s college tuition. The total in damages is yet to be decided as one of the actions is still pending.

Polese was previously employed at Morgan Stanley Smith Barney from 2010 to 2017. He has been employed at UBS Financial Services from 2004 to 2010.