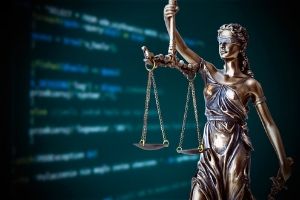 A class action lawsuit has been filed to recover damages for investors in YayYo (YAYO) stock regarding alleged violations of federal securities laws.

If you have losses traceable to the YayYo (YAYO) initial public offering (IPO), contact Silver Law Group for a confidential no-cost consultation at (800) 975-4345 or by email at ssilver@silverlaw.com.

A lead plaintiff (class representative) has not been selected and a class has not been certified in this case.

Ramy El-Batrawi founded YayYo in 2016 and served as its CEO or acting until February 1, 2019 when, according to the class action complaint, he resigned so the company could be taken public. His resignation was at the insistence of NASDAQ because of his “checkered past”. El-Batrawi claims to have been reappointed CEO and a member of the board on January 26, 2020.

YayYo completed its IPO (initial public offering) in November, 2019, selling 2.7 million shares at $4/share. Shortly after the IPO, the share price started a steep decline. As of this writing, the stock trades at $0.34/share. In February, 2020, the company was delisted from the NASDAQ exchange and now trades on the OTC Pink market with other “penny stocks”.

The complaint makes several allegations involving false or misleading statements and/or failure to disclose, including:

The complaint alleges that due to the false and/or misleading statements and/or failure to disclose the information above, investors purchased YayYo stock at “artificially inflated prices”, and that the decline in price was caused by it being revealed, and that investors should be able to recover damages as a result.

Did You Invest In YayYo?

Silver Law Group represents the investors who have lost money due to investment fraud. Our attorneys represent investors across the country in class action lawsuits against issuers and in securities arbitration claims against brokers.

Scott Silver, managing partner of Silver Law Group, is the chairman of the Securities and Financial Fraud Group of the American Association of Justice. Please contact Scott Silver for a no cost consultation at ssilver@silverlaw.com or toll free at (800) 975-4345.