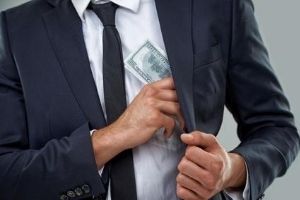 The Securities and Exchange Commission (SEC) has charged former Morgan Stanley broker Michael Barry Carter with fraud for stealing from his customers, including an elderly client.

The complaint filed by the SEC alleges that Carter, a currently-barred broker who was last registered with Morgan Stanley in their McLean, Virginia office, made dozens of unauthorized wire transfers from his client’s accounts to his personal bank account, which amounted to millions of dollars. It is alleged that Carter falsified documents to make the transfers and made unauthorized sales of client’s securities.

The complaint alleges that Carter diverted customer’s account statements to conceal his theft, and that he transferred almost $1 million from an elderly advisory client to himself. He is also alleged to have misappropriated from a 529 college savings plan that a client had set up for her grandchildren. The SEC says Carter used money his misappropriated to fund his “lavish lifestyle”.

Carter is charged with violations of antifraud provisions of the Securities Exchange Act and the Investment Advisers Act. Injunctive relief and the return allegedly ill-gotten gains are sought. He has pled guilty to criminal charges filed by the U.S. Attorney’s Office for the District of Maryland.

February, 2020: A regulatory disclosure from FINRA indefinitely suspended Carter from associating with a FINRA member firm in all capacities for “failure to comply with an arbitration award or settlement agreement or to satisfactorily respond to a FINRA request to provide information concerning the status of compliance.”

September, 2019: A regulatory disclosure states that “Carter consented to the sanction and to the entry of findings that he failed to provide documents and information requested by FINRA during the course of an investigation initiated after FINRA received an external tip relating to allegations of misconduct that were ultimately contained in a Form U5 filed by his member firm.”

September, 2019: A customer dispute states that “Client’s POA agent verbally alleged that a Liquidity Access Line was opened without authorization and certain withdrawals were unauthorized – December 2017 through May 2019.” The dispute was settled for $1,357,841.68.

July, 2019: Carter was discharged from Morgan Stanley after “allegations he misappropriated client finds.”

Misappropriation and Unauthorized Transactions by Stockbrokers

Investors often don’t know when an unauthorized transaction or misappropriation occurs because the transactions use money in their account without requiring them to deposit any new funds. Investors are encouraged to look at their statements and trade confirmations to ensure the transactions are as they expected.

Do You Have Investment Losses With Michael Carter or Morgan Stanley?

If you have investment losses with Michael Carter or Morgan Stanley, contact Scott Silver of the Silver Law Group at ssilver@silverlaw.com or toll free at (800) 975-4345 for a no-cost consultation to discuss recovering your losses. Silver Law Group represents investors in securities and investment fraud cases, including stockbroker misconduct, unauthorized withdrawals, and misappropriation.

Silver Law Group has extensive experience representing investors whose financial advisor has improperly taken or borrowed money. Our securities fraud attorneys have represented many elderly investors for fraud cases including claims that stockbrokers have taken money from a customer’s account. Most cases are handled on a contingent fee basis, so nothing is owed unless we recover your money for you.