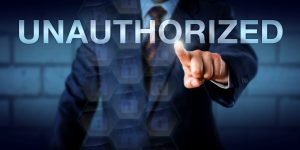 Based on FINRA’s BrokerCheck report on Valdini, a FINRA complaint was filed on January 22, 2016 alleging that Valdini provided misleading information to investor clients during his employment at Worden Capital Management LLC. The total in damages alleged was $125,000 that was settled for $79,000. On January 18, 2016, there was also another claim filed during his employment at Worden Capital Management LLC that alleged damages of $28,125.60 related to unauthorized trading with margin call sellouts causing a loss of over $28,000 to one investor client.  As a result of failing to cooperate in a FINRA investigation, Valdini has received a permanent suspension.

Valdini was previously employed at Worden Capital Management from 2014 to 2016 and at A&F Financial Securities, Inc. from 2008 to 2014. He has been employed at Aegis Capital Corp. from 2016 until his bar from the industry.