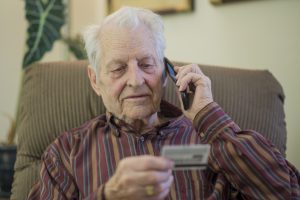 The SEC has brought additional charges against a Long-Island, New York-based boiler room that was sued for defrauding elderly and unsophisticated investors. The latest charges allege that Christian Romandetti, CEO of First Choice Healthcare Solutions Inc., the boiler room, and four others have committed fraud within the company’s shares and have generated more than $3.3 million of illegal profits. The new charges also allege that the parties generated more than $560,000 in kickbacks for Romandetti.

The SEC’S statement alleges that Romandetti and the other parties lied to more than 100 victims in a scheme that inflated First Choice’s stock price from less than $1 per share to $3.40 per share. From September 2013 until June 2016, the parties used several accounts to disguise their trading, and engaged in fraudulent trading practices. Elite Stock Research, a boiler room run by one of the defendants, Anthony Vassallo, was hired to promote First Choice to investors.

The SEC originally charged Elite Stock Research with bilking victims out of more than $10 million through fraudulent sales tactics and lies about penny stocks. Seven of the 13 individuals have pleaded guilty to criminal charges brought by the U.S. Attorney’s Office for the Eastern District of New York. The litigation against the 13 individuals is still continuing.