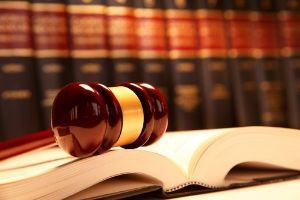 The lawsuit is against the law firm Eckert Seamans Cherin & Mellott LLC and their attorney John Pauciulo, and alleges they and investment solicitors Dean Vagnozzi (A Better Financial Plan), Michael Furman (Fidelis), and John Gissas (Retirement Evolution Group) negligently misrepresented or failed to disclose material details, including pending litigation over the loans, and breached their fiduciary duty to investors.

In July, 2020, the Securities and Exchange Commission (SEC) filed an emergency action to halt what it said was a nationwide fraud that harmed over 1,200 investors. Complete Business Solutions Group Inc., which did business as Par Funding, used soliciting agents such as Vagnozzi, Furman, and Gissas to raise money for their company.

The agents used free dinner seminars, and promised investors high returns with no risk. Many investors were retired and invested large portions of their savings, believing their money was insured against losses. Now, investors have stopped receiving payments and can’t access their principal.

According to the SEC’s complaint, Par Funding was a fraud that enriched the perpetrators, such as founder and convicted felon Joseph LaForte and his wife Lisa McElhone. Eckert Seamans and Paciulo failed to tell investors that LaForte had been convicted of larceny and money laundering, that the merchant cash advances were not insured, and that the company had filed lawsuits over millions of dollars of unpaid loans.

The complaint states “Had they known about these misrepresentations and omissions, or the other misrepresentations and omissions described further in this complaint, they would not have invested. As a result of defendants’ actions, plaintiffs’ and class members’ investments are worthless and they have stopped receiving any proceeds from those investments.”

The lawsuit seeks to recover an unspecified amount of damages for investors.