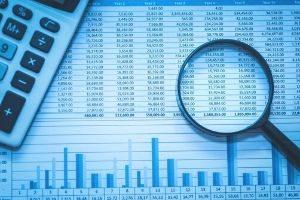 Our south Florida securities and investment fraud attorneys are investigating claims on behalf of investors in PAR Funding and related companies. On July 24, 2020, the Securities and Exchange Commission (“SEC”), brought an emergency action against a number of individuals and entities, including but not limited to Dean J. Vagnozzi and his Pennsylvania-based company, A Better Financial Plan, for their roles in an alleged half billion dollar fraud scheme.

The SEC brought its emergency action to immediately halt the nation-wide fraud, which is believed to have harmed over 1,200 investors. The SEC is seeking a temporary restraining order and by freezing assets. A link to the charges can be found here, which was unsealed on Friday, July 31, 2020.

Summary Of The PAR Funding Scheme

In the Complaint, the SEC alleged that Joseph W. LaForte (a convicted felon) and his wife, Lisa McElhone orchestrated a scheme to defraud investors, using unregistered securities offerings for Complete Business Solutions Group (CBSG). CBSG was a cash advance company they controlled, that did business under the name “Par Funding.” Fidelis and other companies served as sellers of these and related deals.

The Complaint further alleges that the couple’s scheme was to make “. . .opportunistic loans – some of which charge more than 400% interest – to small businesses across America.” To perpetuate their scheme and fuel the small business loans, the couple (with help from other Par Funding employees) used a network of unlicensed sales agents and affiliates to sell promissory notes to public investors. In addition, the couple and their counterparts lied to investors about their business and use of investor funds, while concealing LaForte’s criminal history and role with the offerings.

One key figure involved in the couple’s network of sales agents was Collegeville, PA resident, Dean J. Vagnozzi and his firm A Better Financial Plan (“ABFP). Vagnozzi, through ABFP, solicited retirees and retail investors seeking income through radio broadcasts, newspaper, “ads and other marketing claiming that the investment was conservative and paid a high return.”

Vagnozzi, along with other key figures in this scheme, Michael C. Furman, and John Gissas, each operated “Agent Funds” that were designed to raise money for Par Funding, via unregistered securities offerings.

In the Complaint, the SEC alleged that Vagnozzi, through his company, A Better Financial Plan, recruited salesmen to create private funds for investors, providing the salesmen with an “Agent Guide” and other offering materials provided by Vagnozzi’s attorney. After the salesmen created these “Agent Funds,” Vagnozzi managed them through his company, ABFP Management Company, LLC.

Vagnozzi, along with his counterparts, have engaged in an arrogant pattern disregarding State Security Regulator-issued Orders. In the SEC’s complaint, it was noted that:

“[l]ess than two weeks ago, Vagnozzi consented to a Commission Order based on securities violations in connection with four other offerings unrelated to the instant case. Within days of that Order being issued, Vagnozzi and ABFP issued a press release and emailed Par Funding investors to announce he intends to structure a public offering and that “[m]y staff and I feel that the results of this [Commission] investigation are the absolute best reason someone should invest with us….”

Recently, on July 28, 2020 the U.S. District Court for the Southern District of Florida granted the SEC’s emergency action, ordering a temporary asset freeze against LaForte, his wife McElhone, Par Funding, Full Spectrum Processing Inc., – another company owned by LaForte and his wife, and other various entities and individuals, including Vagnozzi and ABFP. The Court also approved the SEC’s request to appoint a receiver over the eleven defendant-entities named in the Complaint. This week, a hearing was held on August 4, 2020 to deciding if a preliminary injunction will be granted against each of the defendants during this litigation.

This is another in a series of cases involving unregistered brokers preying on south Florida residents selling assets that are allegedly safer because they are not directly tied to the stock market. These unregistered brokers used third-party professionals to help set up a complex web of companies to mask the misconduct and create the appearance of a well run business.

Did You Lose Money Investing with A Better Financial Plan?