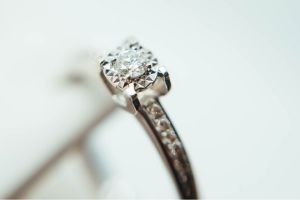 Jose Aman, owner of the diamond-backed cryptocurrency Ponzi scheme Argyle Coin, has been indicted on federal wire fraud charges. Aman, who is based in South Florida, also owns two other companies that are linked to Argyle, Natural Diamonds Investment Co. and Eagle Diamond Group Inc.

Silver Law Group represents investors in the Ponzi scheme and filed the original federal court complaint and continues to act as counsel to the receiver on this matter.

From 2014 to 2019, Aman and his companies took millions of dollars from hundreds of investors for a cryptocurrency plan that was described as risk free because it was backed by diamonds, including “fancy colored diamonds”. Investors were told that the diamonds would be cut and resold for a profit. Aman was planning to raise as much as $30 million for an initial coin offering (ICO).

The SEC alleges that there were no diamonds of any color and that Aman directed much of the investor money collected for his own personal use. Jose Aman is alleged to have used investor funds to buy horses, pay for rental homes, and pay for his son’s horse riding lessons.

New investor money was allegedly used to pay dividends to old investors, which is a Ponzi scheme. The SEC put the company in receivership. As part of the receivership, Scott Silver and Silver Law Group have worked as counsel to the receiver to help recover money for investors.

In June of 2019, the SEC got a temporary restraining order and froze the assets of Aman, the stakeholders, and those of the three companies. The SEC sought disgorgement of ill-gotten gains and prejudgment interest against all involved.

Criminal charges were filed against Aman in the U.S. District Court Southern District of Florida on August 21,2020.

The indictment states that Aman, the defendant (Aman), “It was the purpose of the scheme and artifice to defraud for the defendant, Jose A. Aman, to unlawfully enrich himself by fraudulently inducing individuals to invest millions of dollars in rough diamonds, and then using the fraudulently obtained monies to benefit himself, pay expenses, and further fraud.”

Aman could face decades in prison if convicted.

The SEC typically recommends the appointment of a receiver in cases in which the SEC fears a company or an individual may dissipate or waste corporate property and assets. A receiver is a neutral third-party custodian for the property who is granted certain powers by the court. The receiver typically selects a lawyer knowledgeable about the federal securities laws to serve as his counsel. In other cases, an SEC receiver can cooperate with counsel on particular aspects of the receivership.

Are You An Argyle Coin Investor?

Silver Law Group represents investors in securities and investment fraud cases, including Ponzi schemes. Our lawyers are admitted to practice in New York and Florida and represent investors across the country and internationally. Silver Law Group also serves as counsel to corporate monitors and securities receivers. Most cases are handled on a contingency fee basis, meaning nothing is owed unless we recover your money for you. Contact us today at ssilver@silverlaw.com or toll free at (800) 975-4345.