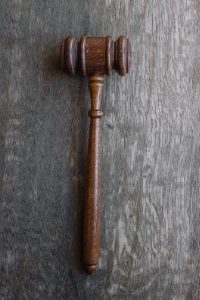 According to the article, GPB Capital Holdings is the majority owner of Prime Automotive Group, which is the 11th-largest dealership group in the country. GPB is the subject of federal and state investigations, and investors are concerned. There is concern that it could collapse and leave Prime without its majority investor and cause people who’ve invested in GPB to lose their money.

The Silver Law Group represents a client who invested $450,000 in GPB’s automotive fund, and has filed an arbitration claim with the Financial Industry Regulatory Authority against a broker-dealer on behalf of the client.

In the article, Scott Silver told AutoNews “My clients are mom and pop investors who were basically told that this was a company with a strong historical track record investing into automotive dealerships that would provide them with a good stream of income. And over the last six months, there’s been a domino effect of stories coming out that have the clients really concerned.”

GPB Capital Holdings has raised over $1.8 billion through registered representatives from independent broker-dealers selling these high-commission private placements as “alternative investments.” Though risky and illiquid, GPB was appealing to many investors because it paid a high return.

Unfortunately for investors, in December 2018, GPB stopped paying its investors to focus on accounting and financial reporting. They’re not raising money anymore. GPB’s sales practices have been called into question, and the company is being investigated by the state of Massachusetts, FINRA, the SEC, the New Jersey Bureau of Securities, the FBI, and the New York City Business Integrity Commission. A former business partner accused the firm of running a Ponzi scheme.

If you purchased GPB Capital, you may have a claim to recover your money.