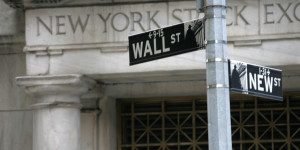 Over the last few years, the U.S. Department of Labor has tried to impose a similar rule under the Employee Retirement Income Security Act of 1974, which would specifically affect the handling of U.S.-based retirement accounts. Many people thought this rule would be far too strict, as it would control compliance costs that would pass to investors. President Trump delayed its introduction in early 2017, and it was eventually defeated in the Fifth Circuit in March 2018.

There are some state legislators who decided to forge ahead with the policy, despite the negativity that it has received. Only Nevada got it across the governor’s desk. The Nevada Secretary of State Securities Division, the office that is responsible for implementing and enforcing the state law, stated that there have been recent drafts of the regulation that are planned to be published soon. Bentsen stated that the Wall Street organization has been involved in that process.

“The commission, frankly even the Department of Labor, understood there’s not a one-size-fits-all for the best interest of the client,” Bentsen said, implying that some investors are better off hiring a broker on commission than paying a money manager regular fees. “But we saw, as a result of people complying with the DOL rule, that they were sort of being forced into limiting that.”

SIFMA is consistently among the top lobbying entities in the securities in the financial arena, and was among the many organizations that had an issue with the SEC’s proposed rule.

In 2019, SIFMA plans to focus on cyber security, to push for new rules to protect senior citizens, and to support an SEC measure which will streamline market data aggregation to lower fees.

Scott Silver, Managing Partner of the investor advocacy law firm, Silver Law Group, comments that “Wall Street opposes higher standards on the industry because it will lead to reduced revenue and the elimination of many inefficient and expensive products that are never in an investor’s best interest.”