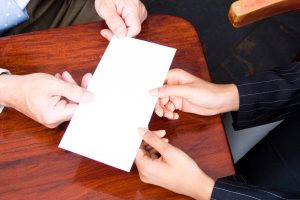 The National Association of Insurance and Financial Advisors of New York State Inc. (“NAIFA”) filed a lawsuit on November 16 in the New York Supreme Court alleging New York regulation requiring insurance agents and brokers to act in the best interest of their clients when selling life insurance and annuity products is unfair. It is arguing that the state’s Department of Financial Services overstepped its boundaries by promulgating the rule without legislative or constitutional authorization.

The suit also states the insurance sales standard contradicts existing New York insurance law, as it requires insurance sales professionals to prioritize their clients before their firms. Many investors remain confused why insurance agents or financial advisors are not required to act in the clients’ best interest.

Donald Damick, an agent with Nationwide Insurance Companies and past president of NAIFA New York State, has stated that this rule has put him and many other in an impossible situation, as agents are under contractual obligations to act as an agent of the insurer, not of the customer. “I can lose my NYDFS license if I do not follow the state’s insurance statutes, and now I can also face penalties under the regulation’s best-interest standard,” he said.

In July, the New York Department of Financial Services issued a final regulation that is set to go into effect in August 2019. The rule states that “only the interests of the consumer” be taken into consideration when making an insurance sales pitch, and compensation to the agent or broker is only allowed if is “does not influence the recommendation.”

New York Financial Services Superintendent Maria T. Vullo stated that the industry agrees that the regulation “is prudent, fair, and reasonable, and is simply the right thing to do.” However, Mr. Damick stated the regulation would implement a type of conduct that goes beyond acting in the customer’s best interest. “The regulation imposes a duty on the agent to recommend products based solely on what is suitable for the consumer, and mandating that no other interest, including an agent’s compensation, may be considered by the agent when providing that recommendation,” he said. “Thus, this regulation effectively requires the agent to become a fiduciary to the consumer.”

The National Association of Insurance Commissioners is updating its annuity suitability rule to coincide with the Securities and Exchange Commission’s consideration of an investment-advice reform package.

Insurance agents and other financial advisors continue to push these expensive, complex annuities which are frequently criticized as only being in the best interest of the seller earning a commission.  Wall Street was able to successfully end a campaign to implement a fiduciary duty rule which would have required financial advisors to act in the clients’ best interest.