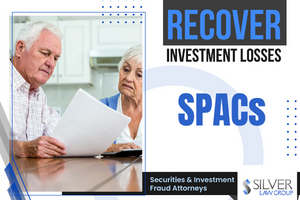 In the world of business, one of the most important pieces of getting started is raising capital. Most people have heard of an initial public offering, or IPO, but that’s not the only way a company can do its fund raising.

One increasingly popular option is called Special Purpose Acquisition Company, or SPAC. It’s also known as a “blank check company,” because once it raises enough funds, it merges with a second company. The SPAC has no commercial operations and exists only for capital fundraising.

SPACs are normally started by hedge funds, groups of institutional investors, or private equity firms. These companies go through an IPO to raise the needed funds a merger or acquisition with a company to be identified later. Once the SPAC raises enough capital, it begins the merger process. At that point, investors can choose between becoming shareholders in the new company or redeem their shares for cash.

SPACs have been growing in popularity in recent years. More than $80 billion was raised in 2020 and more than $160 billion in 2021 for SPACs companies.

A SPAC is easier because a company can go public without the time, expense, and regulatory requirements of a traditional IPO. Investors like them because they’re easy to get into and can lead to a substantial gain. Boosted by high-profile people such as sports figures and celebrities, they seem to be a legitimate and ideal investment. Because the acquired company’s debt can be paid down quickly, many believe that there is rest less risk involved.

However, SPACs do carry risk, primarily because they are less regulated. There is no way to know what company the sponsors will purchase, leaving investors without anything. Additionally, a SPAC’s structure means that the sponsors don’t need to do as much due diligence. The “blank check company” can become a public company without the usual SEC regulations which exist to protect investors. The potential for fraud can be higher than one would expect.

When the time comes to merge, the SPAC’s investors don’t know what company the sponsors will purchase with the new capital. It could be a well-established company, or one that’s on shaky ground. In either case, the sponsors will make money. But the investors may still lose, especially if the purchased company takes a downturn following the merger. The SEC has issued multiple bulletins on SPAC investments, beginning in 2021. The most recent press release came on March 30, 2022.

Inevitably, legal action follows many securities activities, and SPACs are no exception. The most common are:

As SPACs continue to evolve, lawsuits and other legal actions are likely to increase as companies refine their processes.

Silver Law is investigating some of the SPACs that have recently completed mergers:

If you are involved with a SPAC or have questions about one, we’re happy to discuss them with you.

Many SPACs do just what they’re created to do—raise capital for an existing company. But because they can be misused, investors are always encouraged to spend time with due diligence before putting money in any type of investment, including SPACs.

If you have evidence that the people behind a SPAC are violating securities laws, you should call Silver Law Group. We represent investors who have been defrauded, as well as whistleblowers who have information about lawbreaking to bring to the SEC. We can help you recoup an investment that failed because of securities or investment fraud rather than market conditions, or help you earn money while bringing lawbreakers to justice. For a free consultation, call us today at (800) 975-4345 or send us a message online.