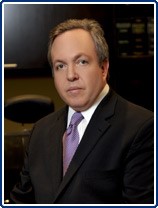 Silver Law Group’s managing partner Scott Silver was interviewed for and gave a quote to The New York Times for an article on Ponzi schemes.

Scott Silver is a leading investment fraud attorney recognized as being one of the best lawyers for victims of stockbroker misconduct. Scott is a frequent speaker and author on securities arbitration and is the chair of the securities and financial fraud group of the American Association for Justice.

The article examines the new tactics used by perpetrators of Ponzi schemes in the years since Bernie Madoff was caught running the largest Ponzi scheme ever in 2008.

Madoff’s scheme robbed investors of $50 billion and received widespread publicity, but it was hardly the end of this type of investment fraud. In fact, The Times’ analysis shows that the Securities and Exchange Commission (SEC) brought 50% more Ponzi prosecutions in the 10 years following Madoff’s arrest than in the 10 years before.

What Is A Ponzi Scheme?

A Ponzi scheme is simply when new investor money is used to pay old investors. Ponzi schemes are a popular form of fraud. The investor believes they’re being paid dividends out of profits from the business they bought into, but they’re actually receiving another investor’s cash.

As the scam grows, Ponzi schemers need more and more money to keep the lie going. When they can’t find it, the scheme collapses, and the con artist often disappears with the proceeds, leaving victims without their money.

Scott Silver was interviewed by The Times about an alleged Ponzi scheme run by Christopher Parris and Perry Santillo. Victims, some of which had a personal connection to the schemers, were told their money would be invested in insurance, real estate, and financial services.

Initially, investors received regular returns, but the scheme collapsed and $100 million disappeared. Some people lost their life savings. Parris and Santillo had bragged about spending on expensive suits and champagne.

Silver, who has assisted victims of Santillo and Parris, told The Times “These are investors who didn’t even know where to begin doing due diligence. A lot of the traits of this scheme have become very typical of what we’ve seen over the last decade.”

GPB Capital Accused Of Being A Possible Ponzi Scheme

GPB raised over $1.8 billion by having brokers at independent broker-dealers sell private placements as “alternative investments.” Investors were attracted to the high dividend the company paid and were told that GPB Capital purchased income-producing companies like auto dealerships with the money it raised.

In December 2018 GPB stopped paying investors. The value of their private placement investments has gone down, and even at reduced valuations, investors have no buyers to sell to. GPB is under investigation by federal and state agencies, and is accused of being a Ponzi scheme.

Are You A Victim Of A Ponzi Scheme?

Silver Law Group represents investors in securities and investment fraud cases. Our lawyers are admitted to practice in New York and Florida and represent investors nationwide to help recover investment losses due to stockbroker misconduct and other issues. Silver Law Group also serves as counsel to corporate monitors and securities receivers. If you have any questions about how your account has been handled, call to speak with an experienced securities attorney. Most cases are handled on a contingent fee basis, meaning that you won’t owe us until we recover your money for you. Contact us today and let us know how we can help.