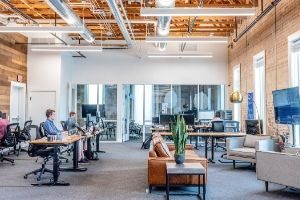 Silver Law Group is investigating WeWork for potential violations of federal and state law by the company and its primary investor, SoftBank. The investigation comes on the heels of WeWork’s canceled initial public offering (IPO) and a $1.7 billion termination package for outgoing CEO Adam Neumann.

There are reports that the canceled IPO caused WeWork to decline in value by a significant amount.

About WeWork And Failed IPO

Founded in 2010, WeWork is a shared workspace real estate company for startup technology companies and other businesses.

In January 2019, WeWork stated that its value was $47 billion and announced that it was rebranding itself as The We Company. In August, 2019, the company released its prospectus for an IPO, which drew serious criticism for its business model, ability to operate profitably, and governance.

In September, 2019, co-founder Adam Neumann resigned as CEO, and the company delayed its IPO, then canceled it.

Japanese holding company SoftBank, which has invested $10.3 billion in WeWork, took a controlling position in the company. The most recent valuation of the company is $10-$12 billion, which is less than the $12.8 billion it has raised since 2010.

The $1.7 billion Adam Neumann received from SoftBank for stepping down has been described as a “windfall”. Neumann is reportedly retained as a consultant to the company with a $46 million annual salary.

The New York Times called WeWork’s failed IPO “an implosion unlike any other in the history of start-ups” and blamed it on the easy money SoftBank had been providing Neumann.

Did You Own Shares In WeWork?

If you know of any facts related to this investigation or suffered losses with WeWork, we’d like to hear from you. Contact us to discuss your legal rights and potential options to recover your losses.

Silver Law Group represents the interests of investors who have been the victims of investment fraud. Our attorneys represent investors in class actions against issuers in state or federal court and investors in securities arbitration claims against Wall Street firms for stockbroker misconduct. Scott Silver, managing partner of Silver Law Group, is the chairman of the Securities and Financial Fraud Group of the American Association of Justice and represents investors nationwide in securities investment fraud cases. Please contact Scott Silver for a free consultation at ssilver@silverlaw.com or toll free at (800) 975-4345.