John Bryant (CRD #3202048) was recently discharged by Wells Fargo over concerns about similar trading strategies in multiple customer accounts and has received a customer dispute according to publicly available records published by the Financial Industry Regulatory Authority (FINRA). 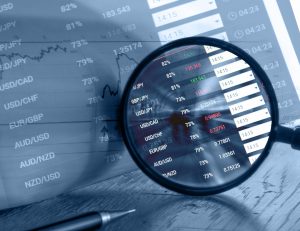 Bryant has received one customer complaint and was discharged by Wells Fargo in connection with suspicious trading patterns as shown on his BrokerCheck report.

In February 2018, he was terminated from his position at Wells Fargo Advisors in connection to allegations of concerns over a “similar trading pattern used for multiple clients” with different investment profiles in positions which he was also investing in.

In 2016 a customer alleged John Bryant, while employed at Wells Fargo Advisors, failed to disclose the risks associated with an investment in over-the-counter equities. The complaint settled in February 2017 for $20,000.

Contact Our Firm if You’ve Invested with John Bryant

If you invested with John Bryant and believe you have lost money due to his misconduct, you may be able to file a claim to recover your losses through FINRA arbitration. For a free evaluation of your potential case by as securities attorney, please contact Silver Law Group.  Scott Silver is a SUNY Albany graduate and a member of the New York Bar.  Scott has focused his career representing investors in securities arbitration claims.

Silver Law Group is a nationally-recognized securities law firm representing investors worldwide with their claims for losses due to securities and investment fraud.  The firm has successfully recovered multi-million dollar awards for its clients through securities arbitration and the courts.  To contact Scott L. Silver to discuss your legal matter, call toll-free (800) 975-4345 or e-mail him at SSilver@silverlaw.com.