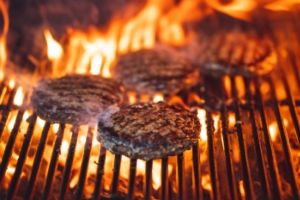 A class action lawsuit has been filed against Beyond Meat for potential violations of federal securities laws.

If you purchased shares of Beyond Meat (BYND) between May 2, 2019 and January 27, 2020 (the class period), please contact Silver Law Group for a free consultation at ssilver@silverlaw.com or toll free at (800) 975-4345 to discuss options for participating in the lawsuit. The class has not yet been certified in this case.

Beyond Meat (BYND) Alleged To Have Made False And Misleading Statements

The complaint for the class action states that Beyond Meat made false and misleading statements to the market.

The issues have to do with Beyond Meat’s relationship with another company that makes plant-based meat called Don Lee Farms. The companies have had a contract to work together since 2014, which included a non-disclosure agreement stating that Beyond Meat would protect Don Lee’s trade secrets.

Beyond Meat terminated its contract with Don Lee Farms, who are now suing. Don Lee Farms’ lawsuit claims that Beyond Meat stole their trade secrets, falsified a food safety consultant’s report, provided unsafe raw ingredients to them, and did not compensate them for products it manufactured for them.

A court ruled that Beyond Meat is likely liable for $629,689 in unpaid invoices for breaching its agreement with Don Lee. Also, a judge allowed Don Lee Farms to name Beyond Meat officials, including Chief Financial Officer Mark Nelson, in claims related to food safety.

On January 27, 2020 Don Lee Farms issued a press release stating they were likely to obtain a judgment from Beyond meat stock price dropped significantly as a result, causing damage to investors.

Beyond Meat, with celebrity investors such as actor Leonardo DiCaprio and Microsoft co-founder Bill Gates, had been white hot since going public in 2019 amid concern for the environmental impact of raising meat. The recent news has caused things to cool down.

Beyond Meat held it’s initial public offering (IPO) in May, 2019, with Goldman Sachs, J.P. Morgan, Credit Suisse, Bank of America Merrill Lynch, and Jefferies serving as underwriters for the offering. At one point, the company has a market capitalization of $6.75 billion.

If you suffered losses with Beyond Meat, we’d like to hear from you. Contact us to discuss your legal rights and potential options to recover losses.

Silver Law Group represents the interests of investors in cases of investment fraud. Our nationally-recognized attorneys represent investors in class actions against issuers in state or federal court and investors in securities arbitration claims against Wall Street firms for stockbroker misconduct.

Scott Silver is Silver Law Group’s managing partner and the chairman of the Securities and Financial Fraud Group of the American Association of Justice and represents investors nationwide in securities investment fraud cases. Please contact Scott Silver for a free consultation at ssilver@silverlaw.com or toll free at (800) 975-4345.