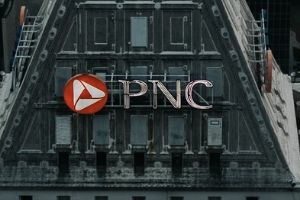 Silver Law Group is investigating PNC Bank regarding its involvement with The Income Store, a company The SEC accuses of operating a “Ponzi-like scheme”, which allegedly promised investors high rates of return from revenue-generating websites.

In January, 2020, The Securities and Exchange Commission (SEC) announced that it obtained a temporary restraining order and filed an emergency enforcement action against Kenneth D. Courtright III and his company, Todays Growth Consultant Inc. (TGC), which did business as The Income Store and allegedly raised more than $75 million from over 500 investors.

The Income Store, which operated from at least 2017 through October, 2019, allegedly told investors that it would use their money to buy or build them a website and develop the site to generate income for them. Investors signed a “Consulting Performance Agreement” when they gave money to the company.

The SEC alleges that Courtright and his company promised to use investor’s money for expenses for their website, but used some of that money to pay Courtright’s mortgage and private school tuition for his family and used new investor money to pay old investors, which is the definition of a Ponzi scheme. The company is also accused of making unlicensed securities offerings.

PNC Bank And The Income Store

The SEC’s complaint states: “TGC’s financial statements and bank records show that, in classic Ponzi-like fashion… TGC funded the gap between website revenues and its guaranteed investor payouts primarily through the offer and sale of Consulting Performance Agreements.”

In publicly-available court documents, the SEC states that in 2018 TGC/The Income Store admitted to its bank that it was using Ponzi scheme tactics, and the bank closed its accounts.

From the SEC’s complaint: “(I)n September 2018, while applying to increase TGC’s line of credit with its then-current bank, Courtright admitted to bank representatives that TGC had used, and would use, incoming funds from new investors to cover the shortfall between website revenues and investor payouts until advertising revenues increased or TGC developed an alternative revenue stream. Concerned that TGC funded payouts to existing investors with new investors’ money, the bank closed TGC’s accounts, and TGC moved to a new bank September 2018.”

It appears that the bank TGC admitted to using investor funds to pay other investors was Heartland Bank & Trust, and the new bank it moved to was PNC Bank.

In a Declaration filed in support of the SEC’s Ex Parte Motion for a Temporary Restraining Order Freezing Assets and for an Order Appointing a Receiver, a Certified Fraud Examiner employed by the SEC states that TGC had accounts at Heartland Bank & Trust Co. from 2015 through October 23, 2018, and PNC Bank since September, 28, 2018.

The Declaration puts it in simple terms: “…TGC could not have paid investors without using money from new investors from at least January 2017 until at least May 2019.”

What changed in May, 2019? The SEC believes that from May to October, 2019, TGC took more than $12 million in loans, which it deposited into its principal account at PNC and co-mingled the proceeds with investor’s upfront fees. By late 2019, the SEC shut down the company.

Victims of TGC/The Income Store may get pennies on the dollar from the receiver who takes over and divides the company’s assets among investors.

The Bank Secrecy Act and other regulations requires banks to file a Suspicious Activity Report (SAR) when they see red flags. Some investors in The Income Store may argue that PNC Bank knew or should have known that TGC was using its banking services to operate a fraudulent scheme, and that PNC was negligent in its handling of the accounts involved.

There is precedent for suing the banks used by Ponzi schemers to recover losses. Victims of Bernie Madoff and other Ponzi schemes have sued the banks who provided services to them, alleging that suspicious activity should have been noticed and could have stopped the fraud sooner.

Did You Invest In The Income Store?

Silver Law Group represents investors in securities and investment fraud cases. Our lawyers are admitted to practice in New York and Florida and represent investors nationwide to help recover investment losses due to stockbroker misconduct and Ponzi schemes.

Silver Law Group also serves as counsel to corporate monitors and securities receivers. If you have any questions about recovering your investment losses, call to speak with an experienced securities attorney. Most cases are handled on a contingent fee basis, meaning that you won’t owe us until we recover your money for you. Contact us today and let us know how we can help.