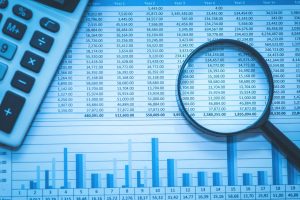 FINRA has alleged that in 2011 and 2012, Ami Forte engaged in unsuitable trading with the account of a client who was very near death. With this account, Forte generated more than $9 million in commissions in less than a year. In 2016, Forte was fired by Morgan Stanley after the estate of Roy M. Speer, co-founder of the Home Shopping Network, sued Morgan Stanley for $40 million.

In March 2016, a FINRA panel gave more than $34 million to the Speer estate for its claim against Morgan Stanley.

“I intend to full defend myself against these baseless charges, and I denounce the motives behind them,” Forte said in a press release. “It’s time for FINRA to stop being Morgan Stanley’s lap dog. FINRA is supposed to regulate Morgan Stanley, not do its bidding.”

A Morgan Stanley spokesperson, Christine Jockle, responded to Forte’s statement. She said, “Morgan Stanley looks forward to addressing Ms. Forte’s conduct and her baseless claims in its upcoming arbitration with her.”

Forte’s attorney insists that there was no basis for a churning charge. He also stated that Speer and Forte had a relationship that ended long before the time period in question.

According to FINRA’s lawsuit, Speer had been Forte’s client since the late 1990s. During that time period, they had a romantic relationship. Forte had a personal and business relationship with Speer until his death in 2012.

In September 2011, Speer was diagnosed with severe cognitive impairment. Between then and June 2012, Forte and a colleague on her team, Charles Lawrence, made trades in Speer’s account, which generated more than $9 million in commissions. Lawrence is also charged in the suit, which alleges that the two brokers violated rules regarding excessive trading and churning.

Forte was a broker with Morgan Stanley from January 2000 to April 2016. The Speer accounts generated about 94% of Forte’s commissions.

The heirs allege Forte and Lawrence were very aware of their client’s mental state, and never reported his health problems to the firm. Over half of the trades in question are long-term bonds, which have a very high commission value, and are intended to be held for a long period of time.