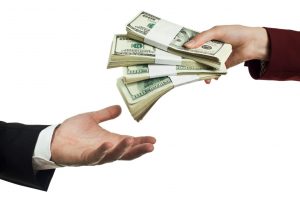 This is the latest case related to the conduct of barred advisor Aaron Parthemer, who had a practice in Florida that catered to NFL and NBA players.

Parthemer invested some of his clients’ money in a Miami Beach nightclub that he partially owned. He also engaged in other activities that ultimately caught the attention of regulators. According to FINRA disciplinary records, he owned a tequila promotion business and sent gift baskets of the liquor to NFL and NBA teams.

In 2015, FINRA barred Parthemer for engaging in outside business activities without firm approval. He allegedly loaned his clients $399,000 against firm policy, convinced eight clients to invest $3 million in private securities transactions, and provided false information to his employers and FINRA. Last year, the SEC penalized him $160,000.

Parthemer used the funds in the Miami Beach nightclub, Club Play. The club eventually failed and the investors lost nearly all the funds they invested.

Samuel and Groves’ case in 2016 originally included Wells Fargo, where Parthemer worked from 2011 to 2015. He was an advisor at Morgan Stanley and predecessor at firm Smith Barney from 2006 to 2011.

The case originally sought $7.8 million in damages, but Samuel and Groves reached a settlement with Wells Fargo in 2017.