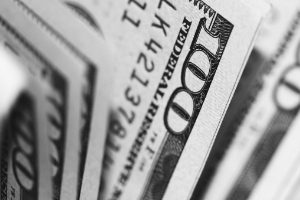 If you use Fidelity’s platform for your 401(k) investments, you may have some additional, unfamiliar fees to pay. You wouldn’t be the only one—others have noticed, and now the State of Massachusetts has launched an inquiry into Fidelity’s fees. The fees are being charged to some mutual funds for using their platform for access to its retirement plan customers.

The securities division of the Massachusetts Secretary of the Commonwealth sent a letter on February 27th to Fidelity to ask about what’s called “infrastructure fees.” The letter follows a lawsuit by an investor in T-Mobile USA’s 401(k) plan that claims Fidelity conceals these fees. The US Labor Department is also investigating the fees.

Fidelity insists that it provides full disclosure of all its fees to mutual funds to access customers. “The infrastructure fee has been fully disclosed to 401(k) plans and their sponsors via a disclosure that Fidelity sent to over 20,000 401(k) plans,” said Fidelity spokesman Vincent Loporchio in a statement on February 27th. “We receive a fee from some of those mutual fund companies to compensate us for maintaining the infrastructure that is needed to make those funds available.” The company, he says, intends to vigorously defend itself against the allegations.

William Galvin is the Secretary of the Commonwealth, and oversees Massachusetts’ securities division. He has been at the forefront of monitoring the securities and mutual funds industries. Galvin previously worked with the former New York Attorney General Eliot Spitzer investigating possible misconduct by firms on Wall Street. His investigations were vital in examining the possible use of influenced investment research to misinform investors. In that matter, multiple firms were involved, and they agreed to pay $1.4 billion to settle the claims with state and federal regulators as well as industry groups.

Do You Have A 401(k) With Fidelity Investments?