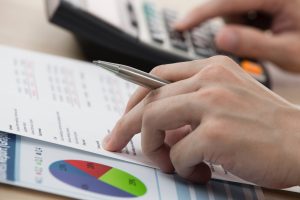 Additionally, the company is involved in a nasty lawsuit with a former business partner over the sale of an auto dealership. The lawsuit alleges that the partner backed out of a deal to sell $40 million of auto dealerships to GPB.

GPB sells illiquid and high-commission “alternative” investments to wealthy investors as a private placement and deals primarily in buying auto dealerships. Known as a “Reg D,” brokers can sell these investments to institutions as well as accredited investors. The minimum investment required to invest in the GPB Automotive Portfolio was $100,000.

Dana Taormina, a spokeswoman for the company, said in an email statement, “as we have communicated to our advisers and investors, we continue to work to finalize the audited financials necessary to complete the required filings to publicly report on two of our offerings, GPB Holdings II, and GPB Automotive Portfolio.” However, she gave no indication of when the company would release the information to the public.

Many investors now question the true value of their investments and the due diligence done by broker-dealers selling GPB Capital.

Did You Invest With GPB Capital?

Silver Law Group represents investors in securities and investment fraud cases. Our lawyers are admitted to practice in New York and Florida and represent investors nationwide to help recover investment losses due to stockbroker misconduct.  If you have any questions about how your account has been handled, call to speak with an experienced securities attorney. Most cases are handled on a contingent fee basis, meaning that you won’t owe us until we recover your money for you. Contact us today and let us know how we can help.