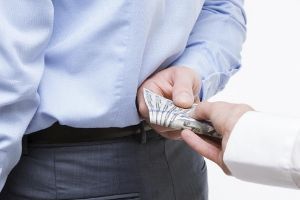 John Krohn (John Michael Krohn CRD#2722975) is a formerly registered broker who worked for Principal Securities, Inc. (CRD# 1137) at their West Des Moines, Iowa branch office. He had been in the securities industry since 1996. According to his CRD report, Mr.Krohn was a board member of Domiknow and Spotlight Innovation, Inc since 2015.  Krohn was also the managing member of Cash Flow Structure Group in Des Moines, Iowa.

John Krohn has 6 disclosures on his publicly-available FINRA BrokerCheck report, including 5 customer disputes and 1 regulatory disclosure:

April, 2020: A dispute alleged that “the firm failed to supervise John Krohn’s private securities transactions and dealings with claimants, is liable for Mr. Krohn’s misconduct and claimant’s losses.” $10,000,000 in damages are requested, and the dispute is pending as of this writing.

February, 2020: A dispute alleged that “the firm failed to supervise John Krohn’s private securities transactions; his selling away activities; and his outside business activities that resulted in damages to them.” $1,200,000 in damages are requested, and the dispute is pending as of this writing.

February, 2020: A dispute alleged that “John Krohn solicited large investments from them into venture capital companies owned, managed, or controlled at least in part by Krohn.” $28,000,000 in damages are requested, and the dispute is pending as of this writing.

September, 2017: A customer dispute alleged that the private placement he was sold by Krohn was “not a product of the firm”. $97,000 in damages were requested. The claim was denied.

November, 2007: A customer dispute alleged that a variable annuity wasn’t in the client’s best interest and requested $5,696 in damages, which was denied.

Krohn Accused Of Selling Away

Multiple customer disputes allege that John Krohn engaged in the sales practice violation of selling away. Selling away is simply when a broker conducts a transaction that is not approved by the firm they are a registered representative of.

Selling away is potentially dangerous and can leave investors to be vulnerable to losses. Though brokers are not supposed to engage in selling away, they may do so to earn higher compensation than with approved investments. Frequently, financial advisors urge clients to invest in projects which the stockbroker has a personal vested interest.

Investors should be aware of some common signs that may indicate their broker is selling away, such as being pressured to take action, or an opportunity described as having a high rate of return and low risk. Some of the common types of unauthorized investments include hedge funds, multi-level marketing, promissory notes, unregistered securities, and small business investments.

Brokerage firms have an obligation to supervise their registered representatives. Failure to supervise can be a cause of action for an investor to recover their losses in a FINRA arbitration claim.

Did You Invest With John Krohn Or Principal Securities?

Silver Law Group represents investors in cases of securities and investment fraud. Our nationally-recognized firm has extensive experience recovering investor losses, caused by stockbroker misconduct such as selling away, through FINRA arbitration.

These cases are resolved through arbitration administer by FINRA. Our securities fraud attorneys can represent you in Des Moines, Iowa or work with local counsel bringing our expertise in securities arbitration claims to help maximize your recovery.

If you have investment losses caused by selling away or any other cause, contact Silver Law Group or call us toll free at (800)-975-4345 to speak with an experienced securities attorney. Most cases are handled on a contingent fee basis, meaning that nothing is owed unless we recover money for you.