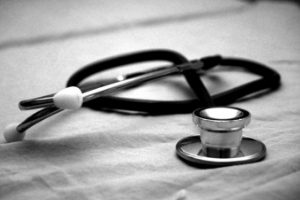 On November 2, 2018, the FTC put out a press release regarding Simple Health Plans LLC, which announced that, at its request “a federal judge temporarily shut down a Florida-based operation that allegedly collected more than $100 million by preying on Americans in search of health insurance, selling these consumers worthless plans that left tens of thousands of people uninsured.”

A complaint filed in federal court against Simple Health and its owner alleged that they falsely led people to believe they were buying comprehensive health insurance, when they were really buying medical discount and limited benefit plans that didn’t qualify as health insurance and didn’t deliver the benefits promised.

Many of the people who bought these plans incurred significant medical bills and also had to pay a penalty for not having insurance.

The FTC is seeking to permanently stop Simple Health’s practices and return money to the consumers.

The same day as the FTC release, Health Insurance Innovations (HIIQ), a publicly-traded company that sells health insurance and supplemental plans, put out a press release stating that it had terminated its relationship with Simple Health as soon as it was made aware of the action by the FTC.

A class action lawsuit filed against Health Insurance Innovations on behalf investors concerning potential violations of state and federal laws by the company and its officers alleges that the company didn’t disclose that a significant amount of the company’s revenue came from third parties or that regulatory inspection of the third parties would materially impact the company’s operations.

Investors who purchased Health Insurance Innovations between February 28, 2018 and November 27, 2018 may be eligible to participate in the class action.

If you were a Health Insurance Innovations shareholder and want to learn more about your legal rights, contact the Silver Law Group.