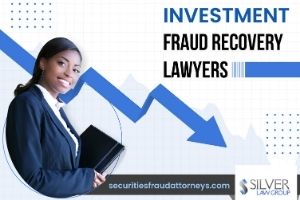 On February 4, 2021, a federal indictment was unsealed against three GPB Capital insiders: David Gentile, Jeffry Schneider, and Jeffrey Lash. Gentile was the founder, owner, and CEO of GPB Capital, Schneider was the CEO of Ascendant Capital, the placement agent for GPB, and Lash was a managing partner of GPB Capital primarily responsible for overseeing GPB’s investments in car dealerships.

GPB’s funds have not paid any distributions since 2018, have substantially declined in principal value, and are illiquid, meaning investors are stuck in these funds with no way to sell and/or recoup their losses.

The Indictment against Gentile, Schneider, and Lash alleges that the defendants “engaged in a scheme to defraud investors and prospective investors in the GPB Funds through material misrepresentations and omissions relating to, among other things: (a) the source of the funds used to pay monthly distribution payments in several of the GPB Funds . . . and (b) the revenue generated by Holdings I in 2014 and Automotive Portfolio in 2015.”

The Indictment lists the following causes of action:

Additionally, the Indictment seeks forfeiture of any property derived from proceeds of the alleged offenses.

Alongside these criminal charges, the U.S. Securities and Exchange Commission (“SEC”) filed a civil enforcement action against Gentile, Schneider, Lash, GPB Capital Holdings, Ascendant Capital, and others. The SEC characterizes GPB as “a long-running and multi-faceted fraudulent scheme perpetrated by GPB Capital” and the other defendants. Moreover, several state securities regulators filed their own actions against GPB and multiple class actions are pending.

Did Broker-Dealers Do Adequate Due Diligence On GPB Capital

Silver Law Group is pursuing claims against selling stockbrokers for failing to conduct adeauate due diligence on GPB. These claims are typically pursued through FINRA arbitration. Recently, in one FINRA case, the panel awarded full damages against the brokerage firm which sold GPB.

Silver Law Group has already filed claims on behalf of GPB investors against many of the broker-dealers who improperly marketed and sold GPB to their customers. Among other things, brokerage firms are obligated to conduct due diligence on the investments they recommend, and only recommend investments that are suitable for their customers. Brokerage firms who sold GPB may be liable for failing to uphold these standards.

Did You Invest In GPB Capital?

Silver Law Group is continuing to investigate and file claims on behalf GPB investors. Silver Law Group specializes in fighting for investors who suffered losses due to broker misconduct, such as the improper recommendation of alternative investments like GPB. If you or someone you know invested in any of GPB’s offerings, please contact Silver Law Group toll free at (800) 975-4345 or email ssilver@silverlaw.com for a confidential consultation.