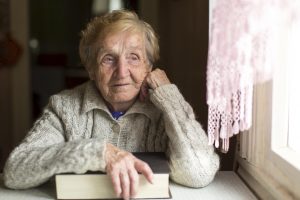 A securities agent and former state legislator, Robert Kenneth Lindell, is found guilty on 15 counts of securities fraud, intentional evasion of income tax, and failure to pay Maine income tax, in what authorities call one of Maine’s worst cases of elder financial abuse. He defrauded two widows out of more than $3 million.

“Mr. Lindell was a trusted financial professional in Maine,” said Judith Shaw, the Maine securities administrator. “But more than that, he was like family to these women. He groomed them for years in order to perpetrate these crimes, preying on their trusting nature and vulnerabilities.”

Lindell became a securities agent for a woman named Phyllis Poor in the early 2000s, and eventually became her power of attorney. He was also named co-personal representative of her estate and trustee of her accounts for her disabled veteran son. Poor died in 2012.

Lindell used the access he had to Poor’s finances to write checks to himself and his company. He paid personal expenses, and even bought a home in California wine country with Poor’s money. He stole from a trust that was set up for Poor’s son, who currently lives in an assisted living facility in Florida.

The second widow who Lindell stole from is Gianna Lewis, who lives outside Paris and has known Lindell since he was born. He was the trustee for the accounts Lewis’ late husband set up for her, and he was also in charge of handling her assets in the United States. Lindell was convicted of writing himself checks from her account and paying his personal expenses with her money.

To make matters worse, Lindell failed to pay taxes on the money he took for the accounts, and received tax refunds to which he wasn’t entitled.

The Financial Industry Regulatory Authority has stated that Lindell has 22 years of experience as a financial agent. He has been sanctioned nine times since 2001, and in 2017, he was barred from operating as a broker for an indefinite amount of time after criminal charges were placed against him and he failed to respond to FINRA’S requests for information.

Lindell resided in Cloverdale, California, before his bail was revoked in May. This occurred because Lindell was acting as a trustee for someone, which violated a condition of his bail after indictment was given by a Penobscot County grand jury in July 2017.  At the time, he still owned property in Frankfort, Maine, where he served two terms as a Republican state legislator and was defeated in a re-election bid.

A lawyer representing the trust Poor set up for her son has started a civil suit against Lindell and has attached his property in California as part of the action.

Financial advisors or stockbrokers are generally prohibited from acting as a trustee of a client’s account because it can lead to an abuse of trust by the advisor and other conflicts of interest. Silver Law Group represents family members against broker-dealers for claims where a trusted financial advisor improperly acts as a trustee or beneficiary of a client’s estate or otherwise takes money from a client.