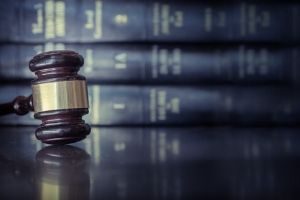 Public records show that TCA Global Credit Master Fund, the South Florida-based hedge fund and business lender that announced that it was shutting down in January, 2020 after clients asked for more cash than was available, has sued many companies it lent money to in Broward County, Florida.

Silver Law Group is investigating claims by TCA Global investors regarding the liquidity and performance of the investment and potential recovery of improper investment losses.

The announcement that TCA Management Group was closing its main fund, which it claimed had $516 million in assets under management, came after TCA employees filed an SEC whistleblower complaint alleging that the fund had inflated its assets and earnings since 2017.

TCA Global Credit Master Fund (a Cayman Islands Limited Partnership) gave high-interest loans directly to small and medium size businesses who couldn’t get loans from banks. TCA had claimed business was great, with alleged gains of 7% to 8% in recent years.

The whistleblowers who worked for TCA say the company was booking losses on bad loans and recorded fees that it didn’t receive. They claim TCA actually had about $300 million in assets under management and around $60 million in performing loans that returned 1.92% annually.

An article about TCA’s collapse cites the example of a business owner who took loans from TCA and signed a document which stated that she might pay them $1.45 million for investment banking services. Though she never paid them for the services and they never provided them, TCA is alleged to have recorded the $1.45 million in fees earned from her business.

The whistleblowers, who are reportedly on paid leave, say they filed their complaint after the SEC found irregularities during a routine exam of TCA Global Credit Master Fund. TCA restated their earnings, but the whistleblowers were concerned the SEC didn’t understand how serious the problems were.

TCA Has Filed Many Lawsuits Against Its Borrowers

A search of the public records of the Broward County Florida Clerk of the Courts shows numerous lawsuits in which TCA Global Credit Master Fund LP is the plaintiff suing companies regarding “contract and indebtedness”.

For example, in May, 2019 TCA Global Credit Master Fund filed a lawsuit against Luxe Boutiques LLC et al to recover $1,221,149 TCA says it is owed for loans it gave to the defendants. The complaint states that the defendants entered into a credit agreement with TCA Fund in 2017 for a revolving credit line of up to $1.5 million, and alleges that the borrower “secured its obligations under the Credit Agreement by granting TCA Fund a first-priority security interest in, and lien upon, all of its existing and after-acquired assets.”

That lawsuit is similar to many of the other lawsuits TCA is involved in. The fund seems to have followed a predictable pattern: lend money to a company at extremely high interest rates, have the loan secured by their assets, sue to take their assets.

Some who have done business with TCA have alleged that the company purposefully put companies it lent to into a “death spiral” in order to foreclose on their assets.

TCA’s practices raise red flags about security. Some have alleged that TCA’s actions are in violation of the law as the company was not licensed as a lender in Las Vegas.

Our class action attorneys represent plaintiffs in claims against hedge funds, investment advisors, banks, and others for potential violations of the federal or state securities laws.

We are ready to investigate the details of your situation and determine actions tailored to your needs and goals. Contact us at (800) 975-4345 or through our online form for a free consultation with a securities fraud attorney.