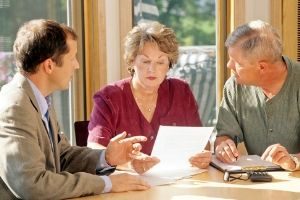 Senators Catherine Cortez Masto, (D-Nev.), Mike Rounds, (R.-S.D.), Tina Smith, (D-Minn.) and Chris Van Hollen, (D-Md.) recently sent a formal letter to FINRA requesting that the agency draft and enact new regulations for both advisors and firms prohibiting them from receiving these types of inheritances, and requiring any inheritances to be forfeited. It also requests that the representatives and/or firms pay large fines, and restrict individuals from serving as financial advisors and representatives in the future. Current regulations allow brokers and financial representatives to accept inheritances from their clients. However, many brokerage firms prohibit the practice.

The senators’ letter and request comes after an April article in The Wall Street Journal detailing the case of Lawrence Mieras Jr. of American Portfolios Financial Services. In 2017, Mieras inherited $500,000 from his elderly client, Addie Belle Jones, who died in 2016. His last visit to Ms. Jones was in a nursing home, where she was previously diagnosed with vascular dementia. Mieras visited her to get her signature on documents that would pay her investments out to her beneficiaries at the time of her death, and outside of the probate court process. Mieras was one of the beneficiaries.

Mieras failed to follow the firm’s policy of reporting any potential bequests that total over $100, and receive approval prior to receiving them. His superiors were not informed of this bequest until after he’d received the monies. Mieras’ attorney stated later that the firm had previously investigated the bequest and found that as her financial advisor for more than 20 years, it was appropriate for him to receive it.

Ms. Jones’s estate filed a complaint with FINRA, who found that there was some issue with Mieras and American Portfolios. FINRA did not rule against them, nor were any enforcement actions taken against Mieras or the firm.

Additionally, an insurance investigator with the Maryland Insurance Administration recommended that Mieras be barred, since Ms. Jones wasn’t competent to be able to sign the documents. The investigator was later overruled by the Maryland Insurance Administration. American Portfolios wasn’t even licensed to do business in Maryland at that time, because it failed to file the required annual reports.

The senators point out that this kind of activity is a conflict of interest, particularly in the case of elderly clients like Addie Belle Jones. Because they work closely with their clients to invest and protect their monies, brokers are in a unique position to have access and influence over clients.  Financial abuse of elders and vulnerable adults is a difficult issue, particularly with those who are not in a position to give informed consent. The senators’ letter shines a light on the lack of regulation that allows elder financial abuse to occur, and requests that FINRA write regulations to correct this unusual situation.

If you or a loved one is over 65 and have been defrauded by a broker or investment advisor, talk to us. Silver Law Group represents investors in securities and investment fraud cases, as well as elder financial abuse cases. Our lawyers are admitted to practice in New York and Florida and represent investors nationwide to help recover investment losses due to stockbroker misconduct. If you have any questions about how your account has been handled, call to speak with an experienced securities attorney. Most cases are handled on a contingent fee basis, meaning that you won’t owe us until we recover your money for you. Contact us today and let us know how we can help.