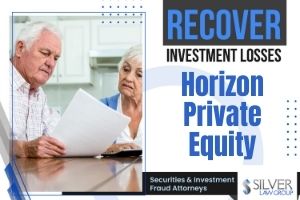 The SEC has sued investor John J. Woods of Marietta, GA, over allegations that his company, Southport Capital Investment, were running a Ponzi scheme called Horizon Private Equity. In its petition, the SEC requested a temporary restraining order to stop Woods from continuing to operate both his company and the Horizon investment fund.

As with other Ponzi-style schemes, investors were told that that their investments would bring 6% to 7% rates of return, and funds not used to pay previous investors. More than 400 investors in 20 different states, many of them elderly, have invested in Horizon, expecting that kind of return. Unfortunately, those who have received “returns” were simply paid from the inflow of funds from newly acquired investors.

Wood is the president and majority owner of Southport, which is registered with the SEC as Livingston Group Asset Management Company, Inc. According to filings, he operates the company from his Marietta base and maintains 17 offices in nine states with remote employees, managing over $824 million in investments for the firm’s client base. Woods’ brother and cousin are also involved in the company.

The company also neglected to use any traditional bookkeeping practices. This means millions of dollars of investor funds are currently unaccounted for.

Although Wood and Southport collected more than $110 million from investors, the SEC found that their investments “are worth far too little for there to be any realistic prospect that the Ponzi scheme will be able to pay back existing investors their principal, let alone the promised returns.” This means that the investors who have paid in will, in all likelihood, lose their investments and retirement savings when the scheme eventually falls apart.

Until the SEC filing , the company is still operating as it always has. The SEC alleges that Wood and Southport have raised more than $600,000 just in the last few months. That’s why the SEC requested emergency relief, including a freeze of assets and for a federal receiver to be appointed by the court. In the petition, the SEC also stated that “the longer the scheme continues, the larger the losses will be for those left holding the bag.” No court date has yet been scheduled.

Woods is also part-owner of the minor league baseball team, the Chattanooga Lookouts franchise. He is a minority owner after his group bought the team in 2014 from its previous owner, Frank Burke. According to FINRA records, John Woods was registered with Oppenheimer & Co from 2003 through 2016.

Did You Invest With John J. Woods And/Or Horizon Private Equity III LLC?

Silver Law Group represents investors in securities and investment fraud cases. Our lawyers are admitted to practice in New York and Florida and represent investors nationwide to help recover investment losses due to stockbroker misconduct.

Scott Silver, Silver Law Group’s managing partner, is a top attorney for Ponzi scheme victims and frequently serves as a speaker at national conferences. Scott was recently re-elected as the chairman of the Securities and Financial Fraud Group of the American Trial Lawyers Association and published a talk on recovering investor losses from Ponzi schemes involving the sale of unregistered securities.

If you have any questions about how your account has been handled, call to speak with an experienced securities attorney. Most cases are handled on a contingent fee basis, meaning that you won’t owe us until we recover your money for you. Contact us today at (800) 975-4345 and let us know how we can help.