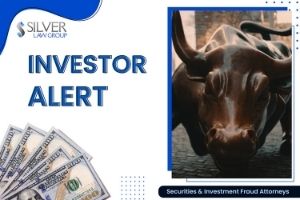 Silver Law Group and the Law Firm of David Chase have teamed up to file lawsuits on behalf of clients who were directed into fixed and variable annuities sold by Northstar Financial Services (Bermuda). Northstar is now in court-ordered liquidation proceedings after filing for Chapter 15 bankruptcy last year, unable to honor client surrender requests.

Silver Law Group managing partner Scott Silver and David Chase are targeting the U.S.-based brokerage firms and financial management institutions that sold clients on the safety and reliability of Northstar’s fixed and variable rate annuity investment products when the risks were actually much higher due both to a lack of U.S. regulatory safeguards and the company’s history of mismanagement.

A FINRA complaint filed April 12, 2021 against one of those brokerages, Truist Investment Service (Sun Trust), seeks damages for lack of due diligence; breach of fiduciary duty, and negligence and negligent misrepresentation, among other violations. The complaint outlines how Sun Trust and one of its brokers assured two retiree clients that their retirement savings, traditionally invested in money markets and CDs, would be equally safe in Northstar Financial Services (Bermuda) annuities while steadily earning a fixed yield.

Despite these pitches, Sun Trust and its broker “failed to conduct adequate due diligence and failed to uncover or downright ignored the complex, risky, speculative, and illiquid nature of this investment,” the complaint says.

Nor did the Sun Trust broker disclose that Northstar “paid selling broker-dealers a high commission to peddle its products to unsuspecting investors,” the suit alleges.

Northstar Financial Services (Bermuda) was established in 1998 as Nationwide Financial Services (Bermuda). To differentiate its fixed-rate and variable-rate annuity investment products, Northstar touted Bermuda-based tax benefits that were typically unavailable to U.S. investors and a “segregated account structure” that purportedly insulated investors from risk. In reality, unsuspecting investors were left vulnerable to a comparative lack of protections from U.S. regulators and Northstar’s repeated breaches of compliance and transparency measures.

Northstar’s collapse accelerated in 2018, when it was acquired by BMX Bermuda Holdings, Ltd., a Bermuda holding company ultimately owned by Greg Lindberg. Lindberg had amassed a billion-dollar empire of insurance and annuity companies under the names Global Bankers and Global Growth, running the conglomerate as a hedge fund. According to a 2019 story in the Wall Street Journal, Lindberg used Northstar and other of his companies in a series of illegitimate financial transactions, during which he bought a mansion in the Florida Keys, a private jet, a yacht, and his own private security detail.

In 2019, Lindberg was charged by the U.S. Department of Justice with conspiracy to commit honest wire services fraud and bribery in connection with his attempt to bribe a North Carolina state insurance official and was convicted last year. Lindberg, who appealed the convictions, is in federal prison.

A petition filed by the Bermuda Monetary Authority (BMA) in May 2020 said that Northstar owed investors $70 million in surrender requests but had only $8 million cash on hand. It has since been estimated by court-appointed auditors that liquidation proceedings will still leave Northstar with debts of $265 million.

Do You Have Northstar Financial Services (Bermuda) Investment Losses?

If you invested in Northstar investment products through Sun Trust or another U.S. brokerage, please contact Silver Law Group for a confidential consultation toll free at (800) 975-4345 or email ssilver@silverlaw.com. Our team includes several Spanish speakers and can talk with investors in English or Spanish. Many investors reside in Latin America or elsewhere, and we are able to represent investors wherever they reside.