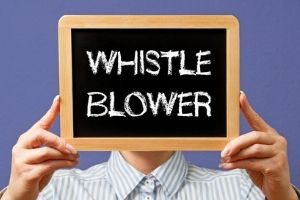 On August 29, 2019, the SEC (Securities and Exchange Commission) announced an award of over $1.8 million for a whistleblower “whose information and assistance were critically important to the success of an enforcement action involving misconduct committed overseas.”

“The whistleblower in this matter provided stellar information and ongoing assistance that resulted in the Commission bringing a programmatically significant enforcement action. Moreover, the misconduct occurred abroad, and without the whistleblower’s tip and assistance, the violations at issue would have been difficult to identify,” said Jane Norberg, Chief of the SEC’s Office of the Whistleblower.

Since giving its first award in 2012, the SEC has paid 66 whistleblowers $387 million. Whistleblowers are paid out of an investor protection fund financed through sanctions that securities laws violators pay to the SEC. A whistleblower award can be anywhere from 10 to 30 percent of the money collected when the sanction is $1 million or more. Our attorneys represent whistleblowers including current and former employees of major brokerage firms.

To be eligible for a whistleblower award, a person must provide the SEC with original, non-public information that leads to a successful enforcement action.

The SEC does not disclose the identity of whistleblowers, nor any information that could directly or indirectly disclose someone’s identity if requested by the SEC whistleblower and the individual is represented by counsel. Recently, the SEC has picked up the pace of awarding whistleblowers after an arguably slow start to the program.

Individuals may file a whistleblower claim on their own, but many prefer to do so with the help of an experienced law firm that can guide them through the process and give them the best odds of collecting an award.

Silver Law Group represents whistleblowers in securities and investment fraud cases reported to the SEC. Our lawyers are admitted to practice in New York and Florida and represent SEC whistleblowers nationwide. These cases handled on a contingent fee basis. Call us toll free at 800-975-4345, or use our online contact form to get in touch.