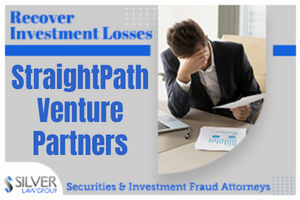 On Friday, May 13, 2022 the SEC (Securities and Exchange Commission) sued StraightPath Venture Partners LLC and its three founders in federal court alleging the Florida firm raised over $410 million with fraudulent promises to investors about private companies that may hold IPOs (initial public offerings).

The civil complaint was filed in Manhattan and seeks the appointment of a receiver to stop fraud at the firm as well as an asset freeze.

The SEC’s complaint alleges that StraightPath sold its investments by describing them as a way for Main Street investors to buy into the exclusive pre-IPO shares in highly-sought after companies like cryptocurrency exchange Kraken and meat-free burger manufacturer Impossible Foods.

But according to the SEC, StraightPath in many cases did not have the shares it claimed to. It is also alleged that the company commingled investor and firm assets and made Ponzi-like payments to certain investors.

StraightPath’s lawyers called the government’s requests unwarranted, noted the firm’s years of cooperation, and said the SEC prompted the Department of Justice to open a grand jury probe into the firm.

StraightPath raised its $410 million it over 2,200 investors in at least 14 countries. The money was raised from 2017 to February, 2022 when the firm complied with the SEC’s request to stop.

Accordint to the SEC, StraightPath’s funds hold over $200 million worth of securities and are short $14 million in pre-IPO shares in multiple companies such as Kraken and Impossible Foods.

Silver Law Group is a nationally-recognized law firm representing victims of securities and investment fraud. We represent investors in class action lawsuits against issuers in federal and state court as well as investors in securities arbitration claims against brokerage firms for stockbroker misconduct.