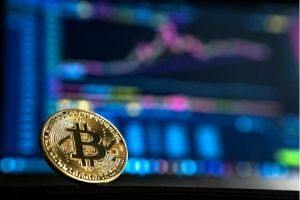 The former CEO of the FTX cryptocurrency exchange has been arrested in connection with the company’s bankruptcy and collapse. Sam Bankman-Fried (SBF) was arrested in The Bahamas on Monday, December 12, 2022, at the request of US authorities and denied bail. His entire operation is detailed in the petition by the US Securites & Exchange Commission filed the day after his arrest in the US District Court in the Southern District of New York. The SEC is demanding a jury trial.

In the petition, the SEC describes how SBF began in May of 2019 when he founded FTX, a cryptocurrency trading platform as the founder and CEO. SBF raised more than $1.8 billion from investors in and out of the US. The investors bought an equity stake under the belief that FTX had both risk management and other appropriate controls in place. In fact, FTX and its subsidiary, Alameda Research, LLC, had none.

Instead, SBF immediately began using investor funds for his own personal use, including moving himself and several others to the Bahamas because, as he told one interviewer, that “taxes are almost nonexistent.”  He continued to solicit equity investors while touting the safety and security of FTX, including:

None of these points were true, and Alameda was afforded an unlimited credit line that didn’t trigger the automated liquidation process. SBF continued to make material misrepresentations about FTX’s financial health.

SBF was also negotiating with another cryptocurrency site, Binance, for a takeover. Binance decided not to continue the negotiations after discovering the state of its accounting, including the use of Quickbooks. Over time, assets taken by Alameda were not replaced. When the news broke that FTX was in trouble, investors rushed to withdraw funds as fast as they could. The company filed for bankruptcy shortly thereafter.

Prior to his arrest, SBF was slated to appear at the NYT Deal Book summit alongside Zuckerberg, Mike Pence, and Volodymyr Zelensky, and testify before Congress the day after his arrest.

A CNBC interview with SBF just three months prior to his arrest called him the “crypto white knight” and focused on his donations to charity and thrift, such as driving a Toyota Corolla and donating large amounts of his income to “charity.”

Prior to the company’s bankruptcy on November 11, 2022, along with Alameda and 100 other affiliated entities, FTX was considered a top-flight cryptocurrency exchange. SBF paid for multiple celebrity endorsements from high-profile figures, including:

Canadian O’Leary is best known for his appearances on the TV shows Shark Tank and the BBC’s version, Dragons Den.  He is a businessman and owns multiple companies. Initially critical of cryptocurrency, he was later paid $15 million for an ownership stake to be a brand ambassador for FTX and FTX.US. He lost roughly half of that stake when FTX crashed.

One report states that SBF is a fan of singer Taylor Swift and was planning to offer her $100 million to endorse FTX.

SBF also made significant political donations to multiple candidates, primarily in the Democrat Party. He claimed that his donations made to Republican Party candidates were made through a series of “dark money” groups that rendered them untraceable to avoid scrutiny.

Lawmakers who received donations from SBF have begun divesting themselves of his money. On November 4, just before the bankruptcy filing, the campaign for Beto O’Rourke for Texas governor returned a $1 million check because it was unsolicited. Senator Mitt Romney of Utah turned over $5,800 to the US Treasury. Other recipients donated their funds to various causes, including:

The Joe Biden 2020 campaign also received $5.2 million in donations from FTX but has not yet stated what will become of that donation.

Did You Invest With FTX, Alameda Research, LLC, North Dimension, Or Other FTX Subsidiaries?