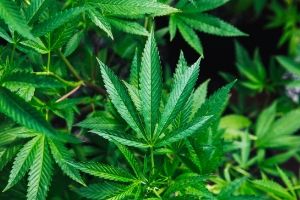 The SEC has found that two businesses that were alleged to invest in acquiring and leasing real estate to cannabis companies are frauds. The three defendants who used two crowdfunding websites to raise capital for the alleged real estate businesses are:

All falsely represented themselves to investors, as well as omitted Shumake’s previous criminal record and other important facts to investors in connection with the crowdfunding offerings. They then redirected thousands of dollars from investor funds to different accounts for their own personal benefit.

Shumake, Birch, and Jackson carried out their fraud through three companies, all allegedly involved with the legal medical cannabis industry:

Despite Shumake’s founding and involvement with these companies, he was not any type of executive such as CEO, nor was his name on any of the documents for these companies. He co-managed Transatlantic with Birch and was highly involved in its decision making as well as other high-level activity. His name was never mentioned in any of the company’s marketing materials to conceal his previous criminal history for fear of deterring potential investors.

Transatlantic never acquired real estate of any kind, nor did it use any proceeds to either purchase or improve any property for any reason. Birch herself had no “team” or employees for the company, nor did she have any experience in the real estate industry.

After the closing of Transatlantic, Shumake founded the 420 Real Estate Company in May of 2019, offering and selling securities until June of 2020. Jackson’s job in 420 was the same as Birch’s in Transatlantic.

Shumake considered making an offering for Bangi SEC Regulation A+ which allowed higher fundraising amounts than regulation crowdfunding. Ultimately, that offer did not take place. The 420 Real Estate Company was founded for the purpose of funding Bangi by crowdfunding.

The fourth defendant, Vincent Petrescu, is the founder and CEO of the TruCrowd platform, referred to in the petition as “TruCrowd, dba Fundanna.” The company is registered in Delaware with its principal place of business as Chicago. It is an SEC-registered funding portal for crowdfunding offerings.

TruCrowd hosted the fundraising for both entities. Petrescu granted both Transatlantic and 420 Real Estate access to the platform to undertake fundraising, allowing them to commit fraud and continue the activities despite warnings of the potential for fraud and other harm to investors. He continued despite being made aware of red flags about Shumake and his previous criminal record and failed to investigate Shumake’s past dealings.

Throughout the process, the others kept Shumake informed about the crowdfunding activities. Petrescu continued to allow fundraising on TruCrowd while investor proceeds were misused and misappropriated by the three. He also lied to investors who began to question the activities and request the return of their funds.

The SEC filed its case in United States District Court, Eastern District Of Michigan, Southern Division, and demanded a jury trial. The entire petition is available on the SEC’s website.

If you’ve ever been in a situation where someone “passed the hat” or know people who “took up a collection for someone,” you’ve seen crowdfunding in action.

In the digital age, “passing the hat” can be done quickly and easily online without physical cash changing hands—or going missing. Sites like GoFundMe, Kickstarter and Indiegogo let individuals, startups and small businesses raise funds for specific reasons rather than approach a bank for a loan. SeedInvest is a site that’s specific to startups and includes a vetting process for applicants. All crowdfunding platforms take a small percentage of the funds raised for their own operating fees, just as eBay and Etsy do for sellers.

There are three types of crowdfunding:

Be aware that whether you invest through crowdfunding or through more conventional means, there is always the chance that you could lose your investment entirely. A startup may fail or not find a market for its product or service—or be a fraud as in this case. The SEC offers guidance on crowdfunding investing on its website, complete with warnings. Additionally, if an investment is offered that you do not understand, decline it immediately. More  information is available on Investor.gov.

Did You Need A Crowdfunding Attorney?