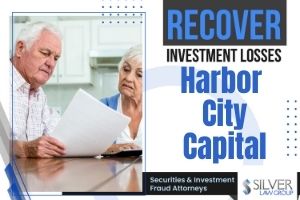 The Securities and Exchange Commission (SEC) has obtained a temporary restraining order and asset freeze against Melbourne, Florida resident Jonathan P. Maroney, accusing him of running an ongoing Ponzi scheme through his company Harbor City Capital Corp., LLC and other entities. Although characterized as an internet marketing company, Maroney allegedly structured the company to raise money from investors who would profit from Harbor City Capital’s operations placing ads on the internet. In reality, according to the SEC allegations, Maroney used investor money for his own use and benefit and was operating a Ponzi scheme.

The SEC emergency action, filed April 20, 2021, in federal court in the Middle District of Florida, halted the alleged Ponzi scheme and marketing scam that the SEC said was ongoing. Maroney, 50, raised more than $17.1 million by offering fraudulent unregistered securities to finance his business of online “customer lead generation campaigns,” in which online sales leads are created and sold to third party businesses. In fact, very little of the capital that Maroney raised through his securities offerings went into this business, the SEC alleges, and was instead misappropriated for Maroney’s personal use, to make payments to entities unrelated to the purported purpose of the offerings, and to keep his Ponzi scheme going.

Maroney and two relief defendants, Celtic Enterprises, LLC, a company he runs, as well as Maroney’s wife, Tonya L. Maroney, are charged with violating the antifraud and registration provisions of the federal securities laws. In addition to the emergency relief granted by the Court, the complaint seeks preliminary and permanent injunctions, disgorgement, prejudgment interest, and a civil penalty from each of the defendants.

Maroney used marketing videos through his Harbor Capital website and YouTube, as well as Facebook pop-up ads, to woo investors, guaranteeing returns on investment and saying that proceeds from investors would be used to finance more and more online lead generation campaigns. In this, he touted his “pipeline” of business clients within the “$200 billion Internet advertising sector.”  Maroney issued offerings to investors as promissory notes, fixed-rate funding agreements, or high yield, secured bonds while promising investors monthly returns ranging from 1 percent to 5 percent—and annual returns from 10 percent to 60 percent.

“In a video posted on Harbor City’s website, Defendant Maroney describes the Harbor City bond offering as “safe as a CD’ and equates it to ‘going down to your local bank and purchasing a certificate of deposit,” the SEC says in its complaint. “In one of the YouTube videos, labeled ‘Harbor City Capital Corp. -Safe Investments,’ he shares that ‘one of the biggest questions’ Harbor City receives from prospective investors is ‘how do I know my money is safe?’ In the video, Defendant Maroney explains that the Harbor City ‘bonds are 100% secured by a cash asset-backed instrument issued by a major top-tier top-tiered bank, which ensures return of principal.’ These representations were false.”

While using money from the securities offerings to maintain his Ponzi scheme, the complaint says, Maroney also misappropriated more than $4.88 million to buy a waterfront home, a Mercedes and pay off more than $1 million in credit card debt. Maroney also transferred $617,000 into Celtic Enterprises LLC, another company he controls, and $394,000 into a joint bank account with his wife, Tonya Maroney.

Do You Have Investment Losses With Harbor City Capital?

Silver Law Group is a national securities and investment fraud law firm that represents Ponzi scheme victims in claims against the Ponzi schemer and any third parties who materially participated in the fraud or are otherwise may be liable under the law. Contact Silver Law Group for a no-cost consultation at (800) 975-4345 or ssilver@silverlaw.com. Scott Silver recently presented on prosecuting Ponzi schemes to the American Association of Justice and has a successful track record of recovering money for Ponzi scheme victims. Silver Law Group represents investors in securities and investment fraud cases. Most of our cases are handled on a contingency fee basis and we are only paid if we recover money for the investors.