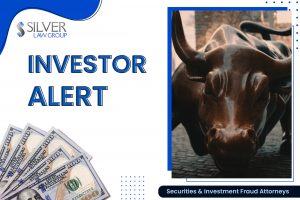 Did You Invest In Silicon Sage Builders

According to the SEC’s complaint, since “at least August 24, 2016, Silicon Sage Builders and all but one of its real estate development projects have not been profitable, because the property sales generated by its business have not generated enough cash to either return investor capital, pay returns to investors, or provide any income to Silicon Sage Builders.”

Yet Silicon Sage Builders raised over $119 million from hundreds of investors through misrepresentations, omissions, and deceptions, the government says.

Acharya is alleged to have described his company and all its real estate projects as profitable, when all but one of them had cost overruns without the revenue to cover.

The SEC also claims that Acharya falsely described the amount of money the company was trying to raise and told investors that they could redeem their principal after one year. In fact, he declined capital redemption requests since 2018 because he didn’t have enough money to meet the requests.

The SEC’s complaint states that it seeks to enjoin the defendants from further violating federal securities laws, freeze assets, appoint a permanent receiver over the company, order the payment of disgorgement and civil penalties.

According to the complaint, “Acharya marketed these investments to South Asian friends and family and then sought referrals, expanding his investor base to over three hundred investors in the Northern California South Asian community.”

Fraudsters have been known to target members of a group that they are part of (or pretend to be a part of), such as a religious or ethnic group. This is known as an affinity fraud. Affinity frauds can be very harmful to investors because of the level of trust that is given to the perpetrator due to the perceived interest they share.

Scott Silver, Silver Law Group’s managing partner, is a leading investment fraud attorney who is recognized as being one of the best lawyers for Ponzi scheme victims.

Silver Law Group represents investors in securities and investment fraud cases. Our lawyers represent investors nationwide to help recover investment losses. Silver Law Group also serves as counsel to corporate monitors and securities receivers. Most cases are handled on a contingency fee basis, meaning that you won’t owe us until we recover your money for you.

If you or someone you know experienced losses investing in Silicon Sage Builders, contact Silver Law Group for a confidential consultation toll free at (800) 975-4345 or email ssilver@silverlaw.