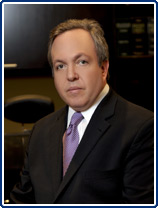 Scott Silver, Silver Law Group’s managing partner, was interviewed for a CNBC article about the GameStop (GME) bull who is behind the Roaring Kitty YouTube streams.

According to news reports, GameStop stock’s incredible rise in price was helped by social media posts by people like Roaring Kitty and a Reddit user named DeepF***ingValue who posted on the WallStreetBets thread. The posts contributed to large amounts of retail investment money pouring into GameStop stock, which drove up the price and harmed the hedge funds who had shorted the stock.

Now it has been reported that Keith Patrick Gill, a 34-year-old financial advisor who recently worked for MassMutual, is the individual behind both the Roaring Kitty YouTube streams and DeepF***ingValue account.

Gills many posts on Reddit showed screenshots of his portfolio with profits he made in the stock, which apparently caused thousands of other investors to purchase GameStop stock. In YouTube videos Gill stated that GameStop was undervalued and that its online business was positioned to grow. As the stock went up, Gill apparently made millions and encouraged others to stay in the stock.

Gill’s identity was found out by linking a company he created to the email address at his Roaring Kitty YouTube account.

Did He Violate The Securities Laws?

The sudden rise of stocks like GameStop and others caused by social media influence has caused the SEC, Congress, and others to take a closer look at what’s happening and ask if there will be legal repercussions.

It’s generally illegal to put out false information to get others to buy a stock, but there’s nothing illegal about stating your opinion about a stock.

Gill has said on YouTube that he shares his investing approach, but doesn’t “provide personal investment advice or stock recommendations.”

Many are questioning whether Gill did anything wrong. “If he is what he says he is, he’s not breaking the law. There’s absolutely nothing wrong to tell others to buy a stock if it’s honest and in good faith,” Scott Silver told CNBC.

Scott Silver was recently part of a panel of experts that discussed the “Reddit Effect” and the recent GameStop spike and short-squeeze.

The SEC put out an investor alert that included warnings about investing in stocks based on recommendations from social media. Investors are advised to use caution because tips on social media may not be based on good information. Scammers use social media to manipulate the price of securities and spread false information.

Since Scott Silver’s interview was published, Gill and Mass Mutual have been sued in a federal class action lawsuit alleging they violated the federal securities laws. We will be watching this case and related cases against Robinhood and others to gauge the impact on Wall Street and retail investors.