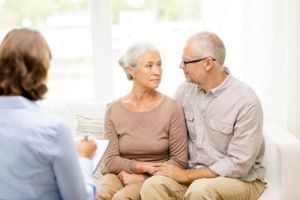 The Securities and Exchange Commission (SEC) announced that it has taken emergency action to stop an alleged $6 million Ponzi scheme that took money from at least 55 people, many of whom are seniors.

Silver Law Group routinely represents, on a contingency fee basis, victims of elder financial abuse or Ponzi schemes. Headquartered in South Florida, our elder financial fraud attorneys meet with victims at our offices or at their homes to discuss how we can help recover investor losses.

A press release states that the defendants “solicited investors by falsely representing that their proprietary options trading strategies were highly profitable. In reality…defendants invested less than half of investor funds, and those investments resulted in near-total losses.”

It’s alleged that the defendants gave false reports to investors to cover the fraud and lead them to believe that their money was profitably invested.

The SEC’s complaint, which was filed in federal court in Miami, Florida, alleges that Bianco and Burkholz “knowingly misappropriate investor assets by diverting them to pay other investors and by transferring funds to themselves and their spouses.”

The type of scheme alleged by these defendants is known as a Ponzi scheme, which is simply when new investor money is used to pay old investors. It is a popular form of fraud. Investors believe they’re being paid dividends out of profits from the business they invested in, but they’re really receiving another investor’s cash.

As the scam grows, Ponzi schemers need more and more money to stay afloat. When they can’t find it, the scheme collapses, and the schemer often disappears with the proceeds, leaving victims without their money.

Investors initially received regular returns, but the scheme collapsed and $100 million disappeared. Some victims lost their life savings. Parris and Santillo had bragged about spending on expensive suits and champagne before being caught.

Silver, who has assisted victims of Santillo and Parris, told The Times “These are investors who didn’t even know where to begin doing due diligence. A lot of the traits of this scheme have become very typical of what we’ve seen over the last decade.”

Are You A Vistim Of Elder Financial Abuse?

Silver Law Group represents investors in securities and investment fraud cases, including Ponzi schemes. Our elder financial abuse attorneys are admitted to practice in New York and Florida and represent investors nationwide to help recover investment losses due to stockbroker misconduct and other issues. Silver Law Group also serves as counsel to corporate monitors and securities receivers. If you have any questions about how your account has been handled, call to speak with an experienced securities attorney. Most cases are handled on a contingent fee basis, meaning that you won’t owe us until we recover your money for you. Contact us today and let us know how we can help.