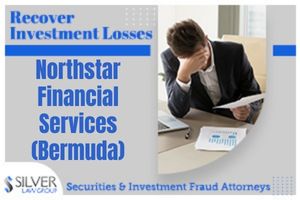 Financial Services (Bermuda) Ltd. is one of the dozens of firms in the US and abroad owned by businessman Greg E. Lindberg, now facing bankruptcy and other litigation. And investors are scrambling to recover their lost investments. Current estimates are that 1,773 Northstar account holders have potential claims totaling $426,825,594.

Lindberg bought Northstar in 2018. Even then, Northstar, a Bermuda investment firm founded in the 1990s, was said to be on financially shaky ground, offering investment products much less secure than they were marketed to be. But just months after the acquisition, allegations began to surface that Lindberg was using the assets of his companies like Northstar—insurance and investment companies—to keep his other business interests afloat. Lindberg had allegedly taken $2 billion from his U.S. insurance companies to cover investments (and debts) of the other companies—while untold amounts went to his personal gain.

And when Lindberg’s companies started to go bankrupt, it had a domino effect across his portfolio, taking down his other companies, too.

In 2019, Lindberg was indicted on allegations of bribery and wire fraud conspiracy. News broke in January 2020 that North Carolina was moving to put hundreds of Lindberg’s companies into receivership. A few months after that, Lindberg was convicted in federal court and sentenced to a seven-year prison term, probation, and a $35,000 fine.

And by December 2020, in Bermuda, Northstar had filed for bankruptcy. Northstar was estimated to be $260 million in debt with only $8 million in assets.

According to the Royal Gazette, in September 2021, the Bermuda Monetary Authority notified impacted investors that it had filed a winding-up provision against Northstar in the Bermuda Supreme Court. Deloitte analysts are now joint and several provisional liquidators (JPLs), assessing and liquidating the companies’ remaining assets.

As with any case such as these, time is of the essence if you hope to recover any losses. Silver Law Group represents clients who have already filed claims on behalf of investors against broker-dealers who improperly marketed and sold Northstar (Bermuda), and the firm is continuing to investigate more claims. If you or someone you know invested in any Northstar (Bermuda) offerings, please contact Silver Law Group toll-free at (800) 975-4345 or e-mail us for a confidential consultation.